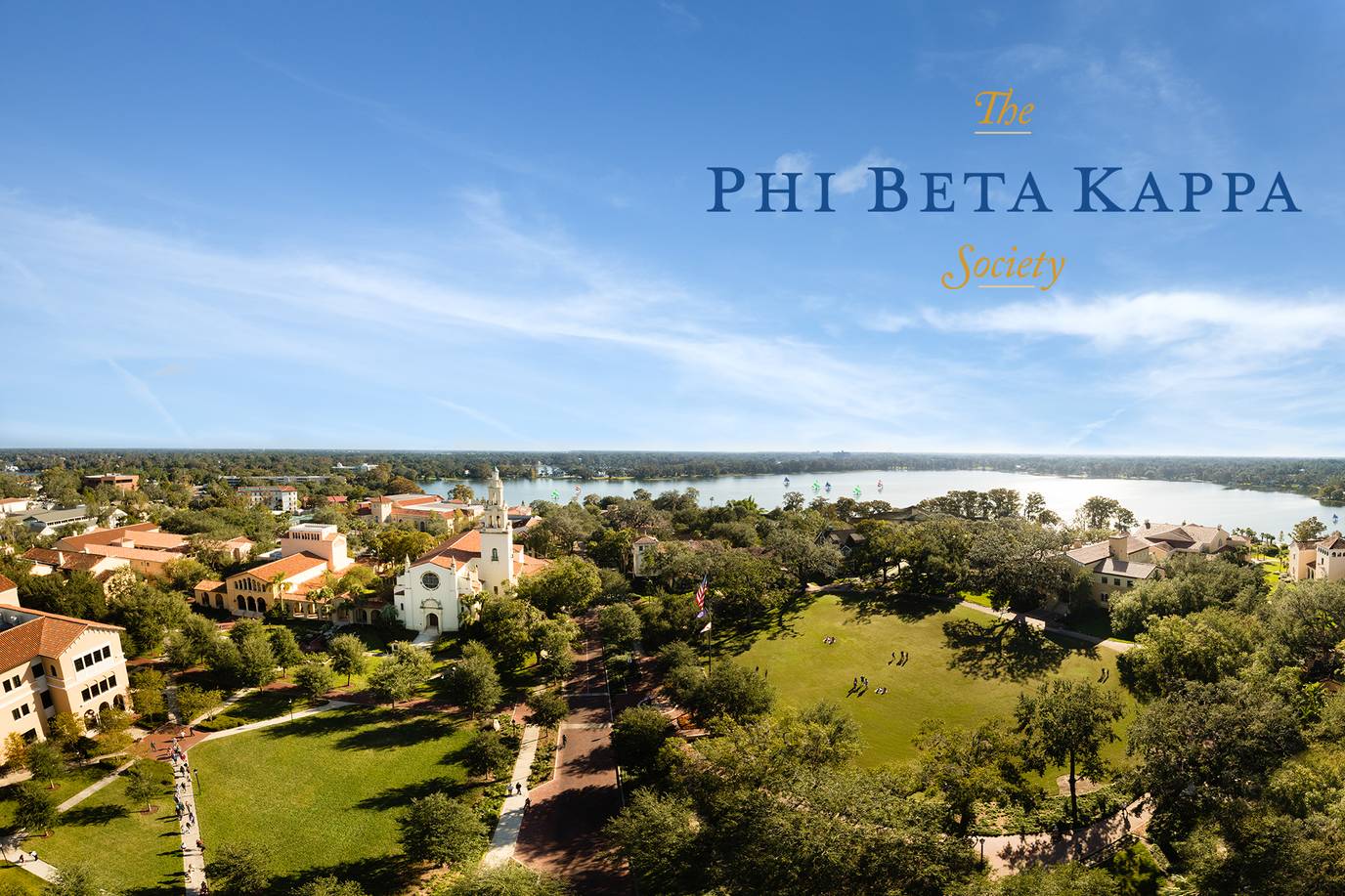 Phi Beta Kappa, the oldest and most prestigious academic honor society in the U.S., voted on August 5 to establish a new chapter at Rollins. The new chapter will begin inducting students next spring.

Only 290 colleges and universities—fewer than 10 percent of U.S. institutions—have Phi Beta Kappa chapters, and Rollins will become just the eighth college in Florida to shelter a chapter. Last week’s vote capped off a rigorous three-year application process in which Phi Beta Kappa meticulously examined every aspect of the College’s academic program—from the rigor of the curriculum to the quality of the faculty.

Founded in 1776, Phi Beta Kappa is the nation’s oldest and most prestigious academic honor society. Its mission is to champion education in the liberal arts and sciences, foster freedom of thought, and recognize academic excellence. Phi Beta Kappa members include 17 U.S. presidents, 42 U.S. Supreme Court justices, and more than 150 Nobel laureates.

“Campuses that shelter Phi Beta Kappa chapters reflect their deep and abiding commitment to the liberal arts and sciences, for today and on into the future,” says Frederick M. Lawrence, Phi Beta Kappa Secretary and CEO. “These institutions provide a challenging liberal arts and sciences curriculum for the enrichment of their students, and we look forward to recognizing the outstanding accomplishments of these students.”

Rollins will induct its first students into Phi Beta Kappa in spring 2022 when the College’s new chapter is officially installed. Fifteen Rollins faculty who are Phi Beta Kappa members will lead the new chapter.

“With the installation of our Phi Beta Kappa chapter, Rollins joins an elite group of institutions committed to the liberal arts,” says Professor of Anthropology and Associate Dean of Academics Ashley Kistler, who like Davison was inducted into Phi Beta Kappa as an undergraduate student. “Membership in Phi Beta Kappa is a distinction that our students earn during their four years at Rollins but carry with them throughout their lives.”

In addition to Rollins, Phi Beta Kappa also awarded new chapters to Providence College and the University of North Carolina at Charlotte.