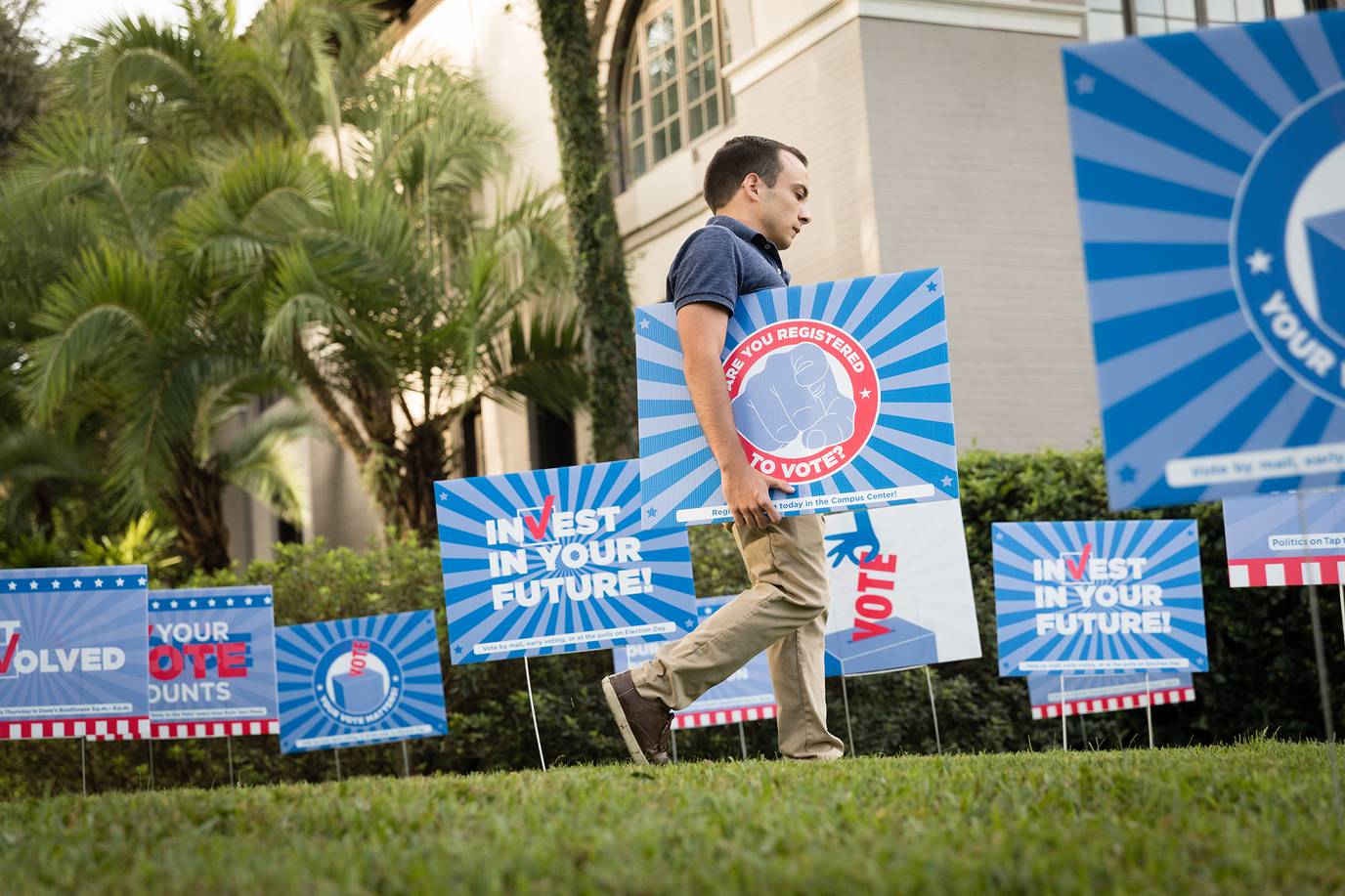 Rollins has received an inaugural Highly Established Action Plan Seal from ALL IN and Civic Nation, a nonprofit, nonpartisan organization devoted to strengthening democracy through institutional partnerships. The award recognizes colleges and universities with solid action plans to increase overall voter turnout and civic engagement. In addition to this recognition, Rollins has been named a voter-friendly campus for four years in a row by both the Campus Vote Project and Student Affairs Administrators in Higher Education (NASPA).

The ALL IN Campus Democracy Challenge is a nonpartisan initiative to increase civic learning and voter engagement on college campuses across the U.S. To date, the program has reached more than 9.5 million college students at nearly 1,000 institutions and aims to increase that reach in the coming years. Although the initiative and its parent organization Civic Nation have implemented thousands of campus action plans, Rollins is one of just 82 campuses to earn this top recognition during the 2022 election cycle.

One of the College’s strongest components in its mission to increase voter turnout is the Democracy Project, a nonpartisan student-led organization sponsored by the Center for Leadership & Community Engagement. Thanks to the organization’s efforts, Rollins continually boasts a higher voter turnout than many of its peer institutions—in 2020 alone, they registered more than 210 Tars ahead of the general election. Additionally, the club regularly brings civic leaders to campus to speak to students, faculty, and staff, and leadership hopes to continue this programming heading into the 2022 midterm elections.

“This distinction helps us continue to build upon our reputation as an institution that prioritizes voter and civic engagement,” says public policy and political economy major and Democracy Project student coordinator Chloe White ’23. “This seal and its effect on our reputation will allow us to build more community partnerships, and it also shows that we’re one of the most prepared schools when it comes educating and mobilizing students in regard to the democratic process.”

Montgomery previous served on the board for the publication before stepping into an editorial role.

Roe is one of just 75 artists chosen for the residency this year.