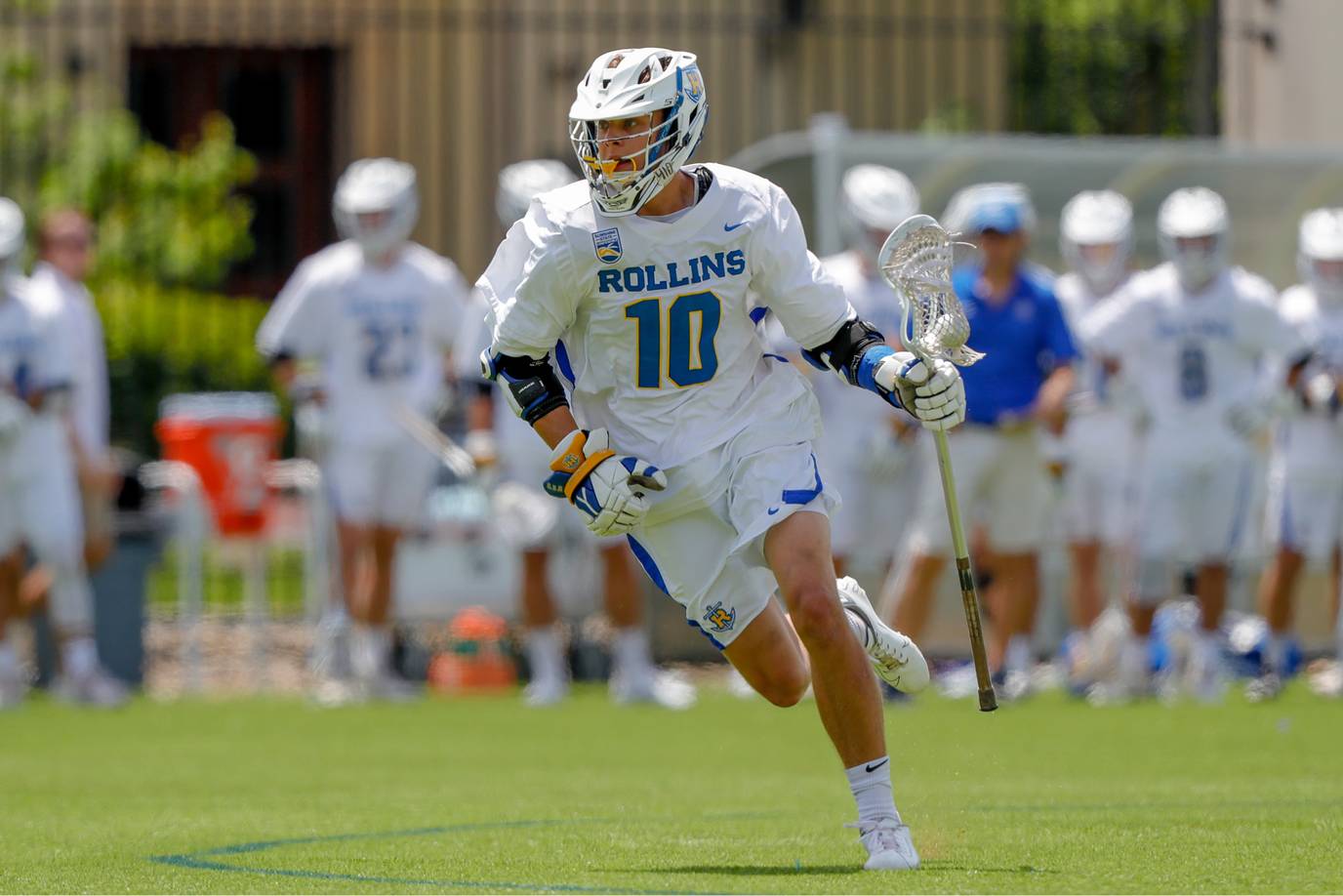 For his success on and off the field, Rollins lacrosse player Greg Taicher ’19 receives the Sunshine State Conference Male Scholar-Athlete of the Year award.

The Scholar-Athlete of the Year award is another in a long line of honors for Taicher. He recently won a Fiat Lux Award, which recognizes outstanding seniors for their contributions to our campus and community in academics, leadership, inclusion, and service, and has been appointed eight times to the Athletic Director’s Honor Roll, Dean’s List, and President’s List. Taicher was also a member of Rollins’ Student-Athlete Advisory Committee and the Captain’s Council.

On the field, Taicher was a second team All-SSC honoree and earned a United States Intercollegiate Lacrosse Association (USILA) Team of the Week award this season. The attackman led the Tars to a 10-5 record and the No. 3 seed in the conference tournament. The three-time team captain and three-time All-SSC honoree will earn SSC Commissioner’s Honor Roll status for the fourth time in his college career. Taicher leaves Rollins as the program’s all-time leader in points, goals, and assists.

“One of the most important things I learned was the ability to work on a team and focus on the team’s goals,” says Taicher. “I also learned how to push myself both in the classroom and on the field, which I did with the help of my teammates—the guys I practiced with and played with every day who made me a better leader.”

During his time at Rollins, Taicher studied abroad in Florence, Italy, where he focused on international marketing, and served as the vice president of the Student Government Association, working to expand opportunities for student-athletes to get involved on campus. Taicher became the first student-athlete elected to the College’s SGA executive board when he was named vice president for the 2018-19 academic year.

Taicher is the fifth Rollins student-athlete to be honored as SSC’s Male Scholar-Athlete of the Year since the award was created in 1995. Other Tars to earn the award include soccer player John Smith ’97, soccer player Tony Amato ’00, basketball player Mike Veith ’02, and tennis player Mark Thompson ’04.