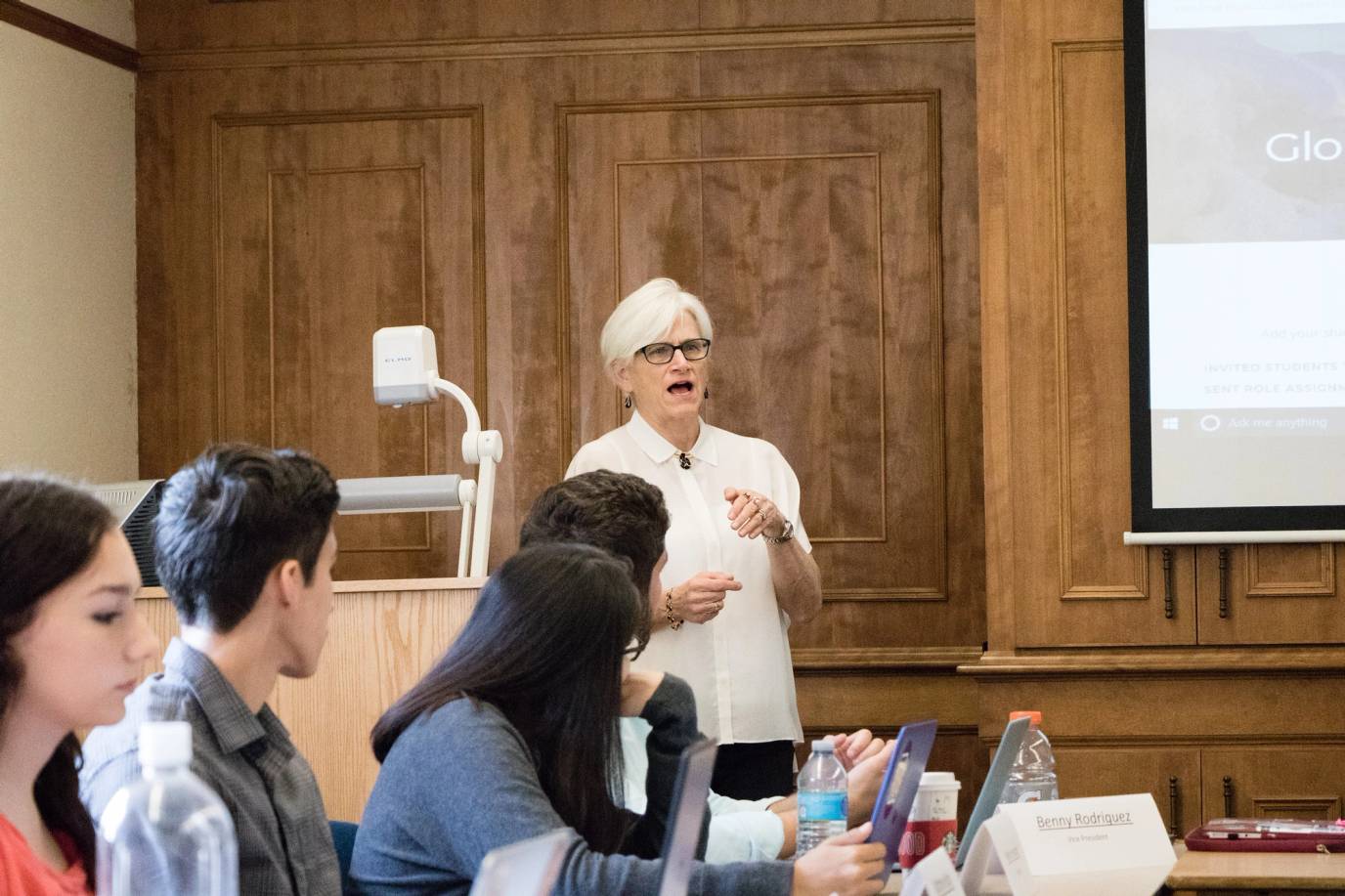 For her legacy as a mentor and advocate for student-athletes, Joan Davison, political science professor and former NCAA faculty athletics representative, has been inducted into the Sunshine State Conference’s Hall of Fame.

Recently retired political science professor Joan Davison, who served as Rollins’ faculty athletics representative for more than three decades, will be honored with an induction into the Sunshine State Conference’s 2022 Hall of Fame class this October. The induction caps off a long career devoted to helping student-athletes achieve peak performance physically, academically, and mentally.

As Rollins’ NCAA faculty athletics representative (FAR), Davison served as a liaison between athletics and academics to ensure academic excellence among student-athletes without compromising their well-being. During her 31 years in the role, she was a fierce advocate for athletes’ mental health, offering support for a student-led initiative to create a more extensive and widespread focus on the unique challenges faced by those who compete at the collegiate level.

During the 2019-20 academic year, Davison was appointed national president of the FAR Association, which represents all NCAA divisions, and in 2020 she won National FAR of the Year. That same year, she received the prestigious Faculty Mentor Award from the NCAA Division II Student-Athlete Advisory Committee.

Davison herself was an impressive college basketball player, and in 1987, she became the first woman inducted into the Wheeling University Athletics Hall of Fame.

The SSC Hall of Fame was founded in 1991 to honor those who have made outstanding contributions to the league, bringing distinction, honor, and excellence through their service. The 2022 class brings the number of SSC Hall of Fame inductees to 213. This year’s ceremony will take place October 8 in Fort Lauderdale, Florida.