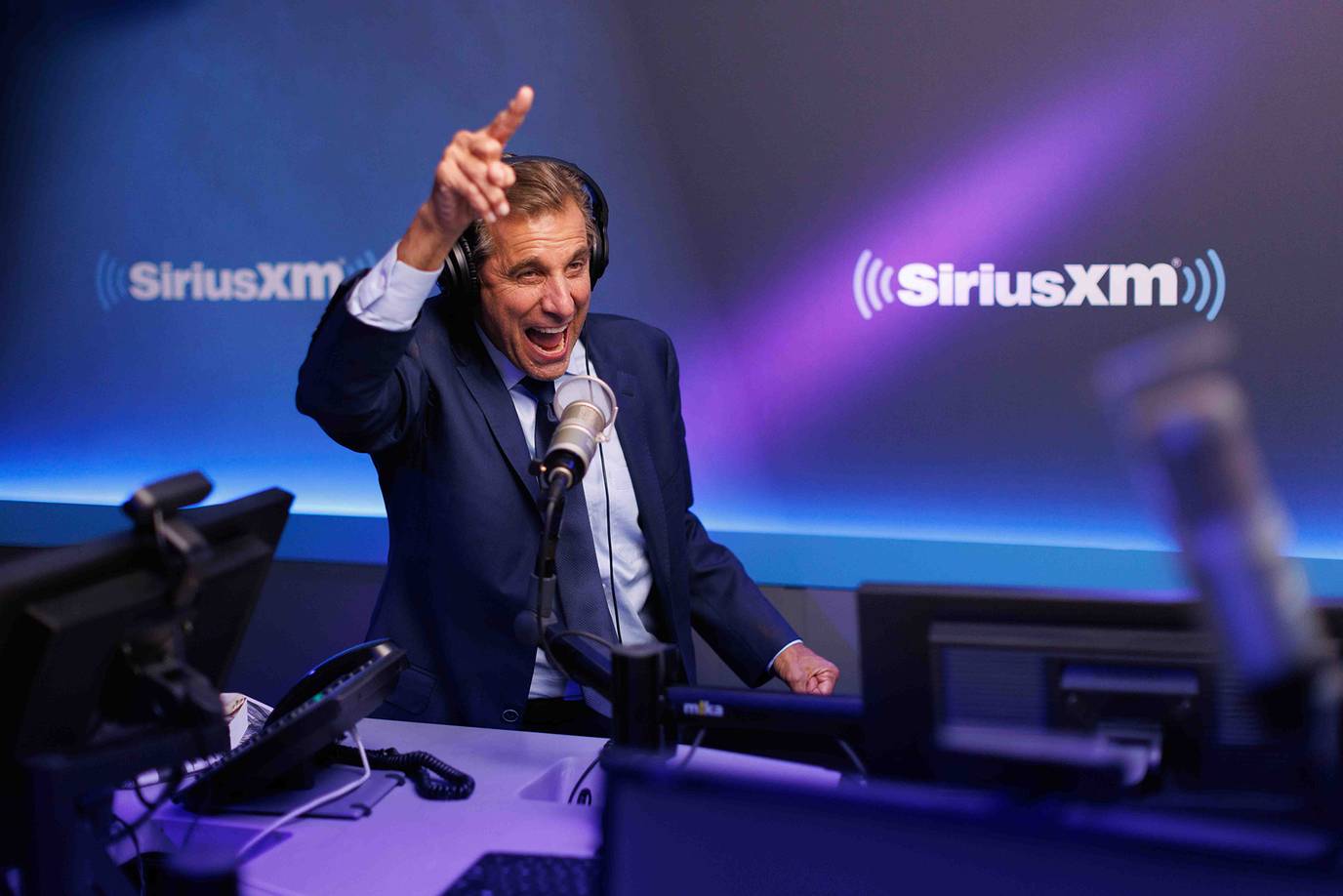 How the feisty sports personality went from calling Rollins games on WPRK to being inducted into the National Radio Hall of Fame.

It’s hard to fathom in today’s 24/7, sports-crazed media landscape, but there was a time when you couldn’t simply turn on the radio or TV and hear a constellation of voices debating last night’s ball game or the sports topic du jour. Christopher Russo ’82 helped change all of that.

Long dubbed the “Mad Dog” for his animated personality—combined with a voice described as a mix of Jerry Lewis, Archie Bunker, Daffy Duck, and Elmer Fudd—Russo pioneered the two-person sports talk format in 1989 alongside co-host Mike Francesa on WFAN in New York City.

In honor of an illustrious 40-year career—one that traces its roots to calling Rollins play by play on WPRK—Russo was inducted on November 1 into the National Radio Hall of Fame during a ceremony in Chicago.

We recently caught up with the Mad Dog, and he graciously threw us a few bones on lessons learned along the way.

My first big break was when I got a job at WKIS (today’s WWNZ 740 AM) in Orlando. This was the winter of ’84, and I had a good buddy of mine, Larry Kahn ’82, a Rollins guy, who was the assistant program director there. I did 6 to 8, Monday through Friday. Three years later, I left Orlando for New York and soon joined WFAN, the country’s first sports talk station.

The other break that was huge was the nickname. Bob Raissman from the New York Daily News gave me the nickname “Mad Dog” in the summer of ’87, and that was important because I had an identifiable caricature, and next thing you know it became iconic.

Figuring out how to work with Mike—that was a shotgun marriage and I had to learn how to adapt. That was the biggest adjustment, the fact I was now with a partner and not alone. In order for that tandem to be successful, I had to get away from being spoiled and thinking only of myself. I had to see the big picture, and we had a lot of ups and downs.

I had to submerge the ego for the betterment of the team. It took me years to understand how to work with a partner who also had an ego and how to make the partnership more important than anything individually.

Sports talk is like a bar, and that’s the way I treated radio all these years. You run the show, you run the forum, but you give fans the outlet. I still do it the old-fashioned way, where involvement is important, and fans appreciate that. They’re loud, they’re fickle, they change like the wind. Most importantly, they want their teams to win. And they want to be heard.

I had five or six great teachers at Rollins: Gary Williams, Charles Edmondson, Tom Lairson, Bettina Beer, Barry Levis, and Jack Lane. I was a history major, and they were very, very important for me. Without them, I don’t know if I’d be here today. They taught me how to think and expand my mind. I was always a huge sports guy and sports historian, but I learned a lot about the world because of them.

Working at WPRK, I learned how to put together a little sports channel to cover all the teams. I got phone lines set up in a lot of away gyms and fields to do the ball games. This was ’78 to ’81, and I learned how to run a small sports station and get the games on. That whetted my appetite, so to speak.

Radio has changed a lot since I started. There are so many different ways to break in now. I tell people you don’t have to go to broadcasting school. Go get a liberal arts education and get on the air at your college station and see if you like it.

Rollins is great because it’s small. You’re gonna get hands-on discussions with professors. You’re not gonna be in a class where you’ve got to give the professor your Social Security number to get a grade.

Rollins gave me a great liberal arts education. Plus, doing your homework and taking your courses when the weather is good teaches you discipline.