Rollins prides itself on turning out young leaders. Omar Sadek ’22 is one of them, and he couldn’t wait until graduation to make a difference.

Political science major Omar Sadek ’22 is all about public service. During his first two years at Rollins, he served in the Student Government Association, interned in the City of Winter Park’s Sustainability Department, and served on Rep. Stephanie Murphy’s Youth Advisory Board. Sadek is deeply connected to his hometown of Lake Mary, Florida, located just a few miles from the Rollins campus, and has watched as the city has changed over the years. Feeling that the time was right for new leadership, the budding statesman launched a campaign for Lake Mary city commissioner this past July. At 19, he was the youngest candidate ever to run for city office in Lake Mary. Sadek shares what it’s like to run a competitive campaign during a global pandemic, all while balancing exams, papers, and the busy life of a college student.

I’ve lived in Lake Mary most of my life. My parents moved there when I was just a year old. I’m 19 now, and in all that time, I can’t ever remember someone running for office who looked like me. I come from a family of Muslim-American immigrants—my dad is Egyptian, and my mom is half Egyptian and half Dominican-American. Lake Mary is a small town, but the community is changing. As with most places in America, it’s becoming more diverse, and as a result, the needs of the community are changing. That’s why I decided to run for the Lake Mary city commission. I felt like my identity as an Arab-American, as Latinx, as a Lake Mary citizen, and as a young person represented a part of the community that hadn’t ever been heard.

Rollins was the perfect fit for college because it allowed me to stay local and maintain that connection with my hometown while still getting to have the kind of college experience that I wanted. I especially love Rollins’ small class sizes, which let me connect with my professors and peers in a way that feels impactful.

I knew that I wanted to study political science because every part of my identity inspires an interest in politics. Growing up, I was always aware of discrimination within my community, and discrimination toward minorities in general, but I never experienced that directly. Maybe it’s because I pass as white. I would be remiss to say that it didn’t play a role in wanting to figure out why people had certain ideas about certain communities or people who identify as different from what’s perceived as the status quo.

I had the idea to run right before my 18th birthday. I was paying more attention to local races and the people who were running for city commissioner. I thought, ‘I want to do that.’ Last fall, right as I was starting my first semester at Rollins, I made an appointment with the city clerk to get more information and to see if I was eligible. I didn’t necessarily plan to run in 2020, but as with most grassroots campaigns, ours was heavily influenced by the current moment.

COVID-19, health care, racial injustice, the economy—these were all things playing out on the national stage, but I was particularly struck by how they were unfolding at the local level. Something like a countywide mask mandate just took so long to be decided. I was honestly a little disappointed, considering how much power and jurisdiction municipalities have. I began seriously considering a run in March, and I officially kicked off my campaign in July. 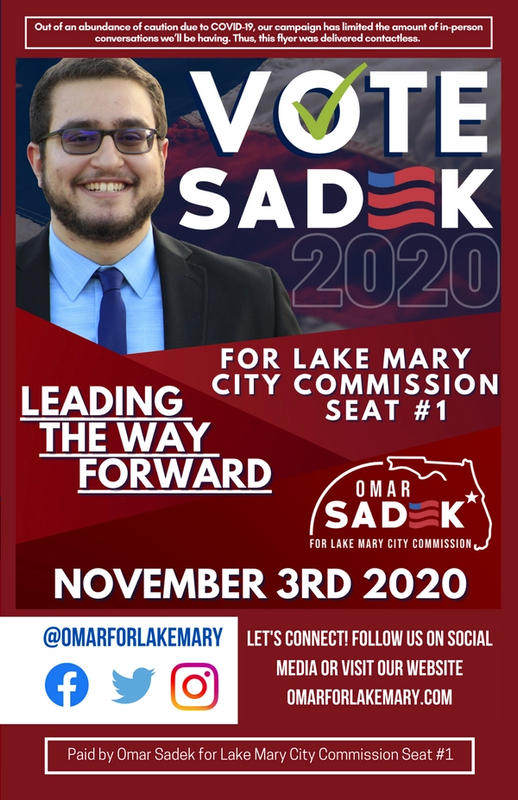 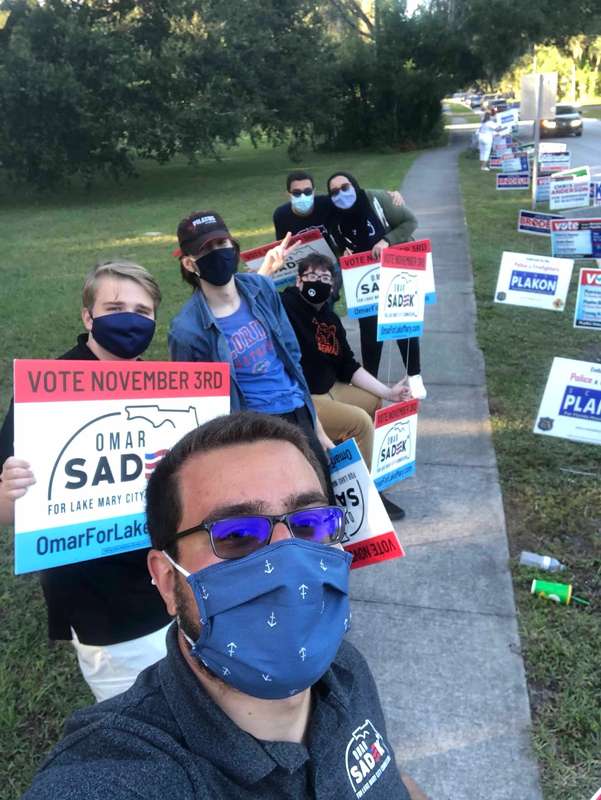 I was really proud of my platform, which included a plan for a coronavirus community relief fund and a city-funded mortgage assistance program, as well as direct economic relief for small businesses. I also held strong positions on public safety, education, and sustainability. I was able to connect with local activists and folks of all backgrounds. You never know what issues will end up being important to people, but putting it out there through campaign messaging is a good way to open the dialogue.

At the beginning of my campaign, I felt like I wasn’t seen as a serious candidate due to my age. All of that changed when we started showing up to city commission meetings. We did our homework and came prepared. We started by reading the Florida statutes. My campaign was staffed pretty much entirely by my fellow college students, and we all worked together for the good of the campaign. A big turning point came when the mayor of Lake Mary approached me and my family after a city meeting. He introduced himself and shook my hand, which meant a lot to me. We also got an endorsement from Florida State House Rep. Anna Eskamani.

I was taking Political Psychology with political science professor Pavielle Haines while I was campaigning, which had a major impact on the work I was doing. The class focuses on how voters think and make decisions, so we were able to take everything we learned and put it into action. For instance, we talked about how to design an effective campaign mailer, and that same week we designed campaign mailers. I also learned firsthand that nothing you can do will ever beat direct engagement with voters, which was difficult given the circumstances surrounding COVID-19. But we tried to connect in other ways through platforms like Instagram Live, and I think people really responded to how open and available we were.

Kyle Bennet ’22 served as my campaign treasurer, and with the help of him and Michael McNamara ’23 we were able to raise enough money to keep our grassroots campaign alive. In the end, it was an awesome networking opportunity, and I got to meet a lot of local people involved in politics. But the best part was just getting to meet people from Lake Mary. I got to hear about their lives and the things that would make a difference to them. In the end, I got about a third of the total vote. I didn’t win, but people listened. I made an impression, and that felt like a win in itself.

Mayor David Mealor congratulated me on a well-run campaign and has been supportive of my willingness to engage with city affairs as a young person. In talking with the mayor and my opponent, they were eager to hear more about our progressive ideas. If I pushed the needle or opened their minds in any way, then the campaign was successful.

When you run a campaign, you’re basically making an introduction. You’re standing up in front of your whole community and saying, ‘Hi. I’m Omar and this is why I’m qualified for the job.’ Even though we didn’t win, I like to think that the introduction mattered and will continue to matter in the future.