What It’s Like ... to Debate a Movement That’s Changing the World 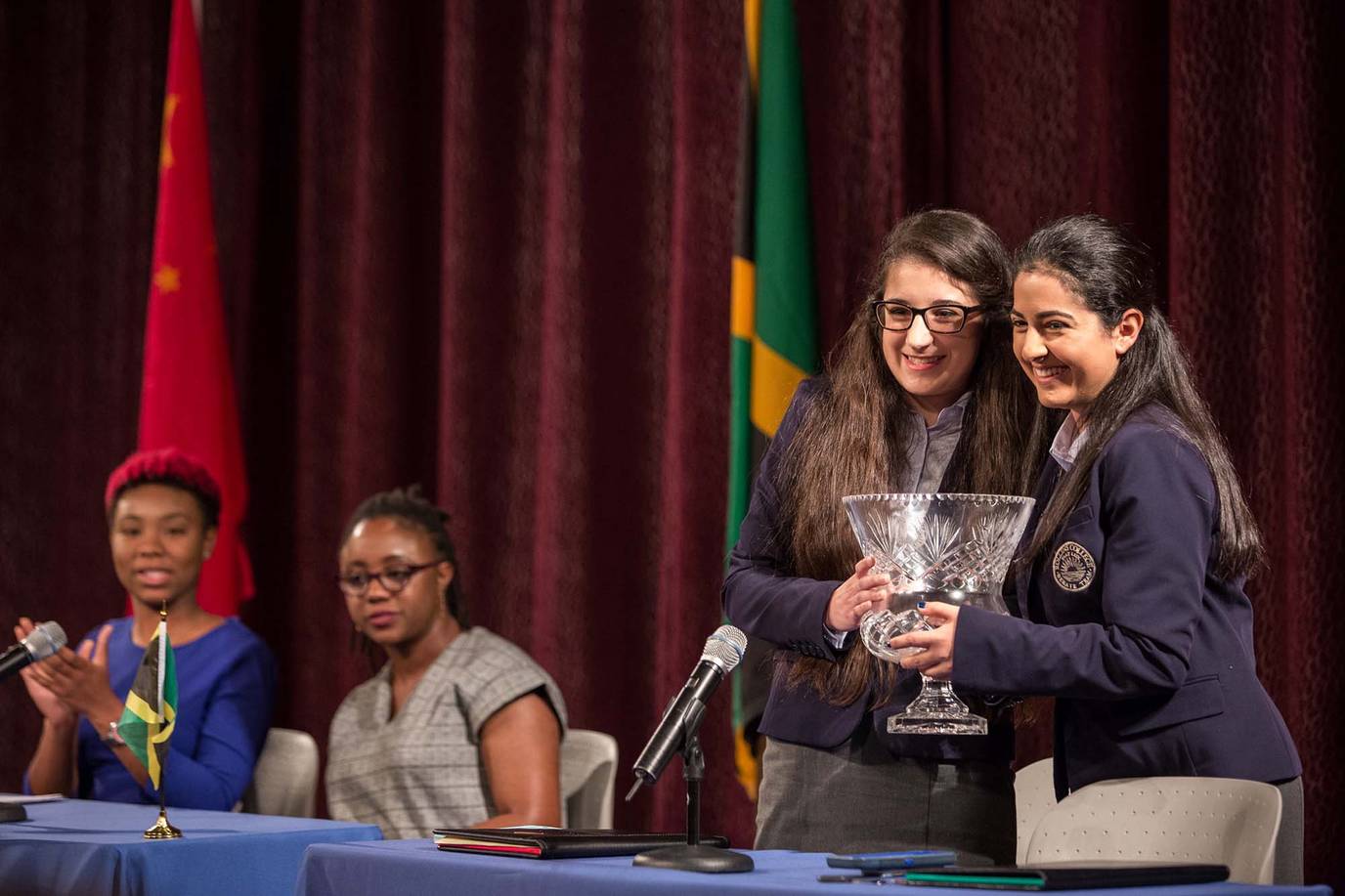 Once again, the Rollins Great Debate team takes home the trophy—and after a week of listening and learning, a whole lot more.

Each year since 2007, Rollins’ national champion debate team has invited collegiate debate teams from around the world to campus for the Great Debate. On February 21, the first-ever all-female group of debaters, including teams from Jamaica and China, took to the podium in Tiedtke Concert Hall to debate the resolution, This House Would Respond to the #MeToo Movement. Rollins Debate Team member Whitney Elliott ’21, a double major in philosophy and sociology, shares what it was like on the stage and throughout the week leading up to the big night.

As a freshman, it was my first time as part of the Great Debate team, and I didn’t really know what to expect. I knew I was excited to be part of Rollins’ first-ever all-female group of debaters and felt that the dialogue we shared around the #MeToo movement would not only be informative but galvanizing.

At our international dinner the Monday before the debate, we welcomed the visiting teams and found out which argument we’d each be presenting. Our team would take the side of the government. Jamaica would argue the opposition, and China would take the synthesis side, where they could argue for either position but had to offer original thought.

As a member of government, I argued why it’s necessary to have laws in addition to social movements. Social movements alone aren’t enough to effect change, and we presented several pieces of historical evidence to support that. People like Rosa Parks were effective during the Civil Rights movement, but we also needed the Civil Rights Act. Susan B. Anthony and other suffragettes spearheaded the movement around getting women the vote, but legislating the 19th Amendment was the only way to make it happen. 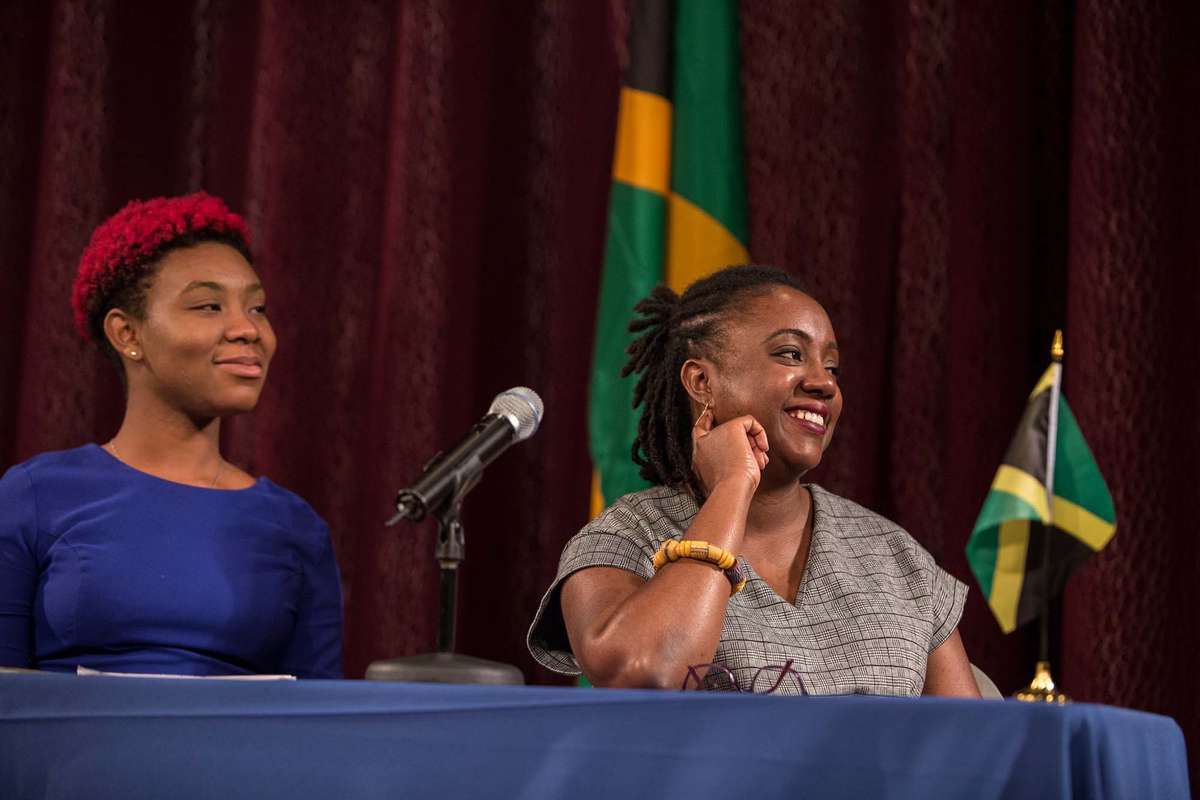 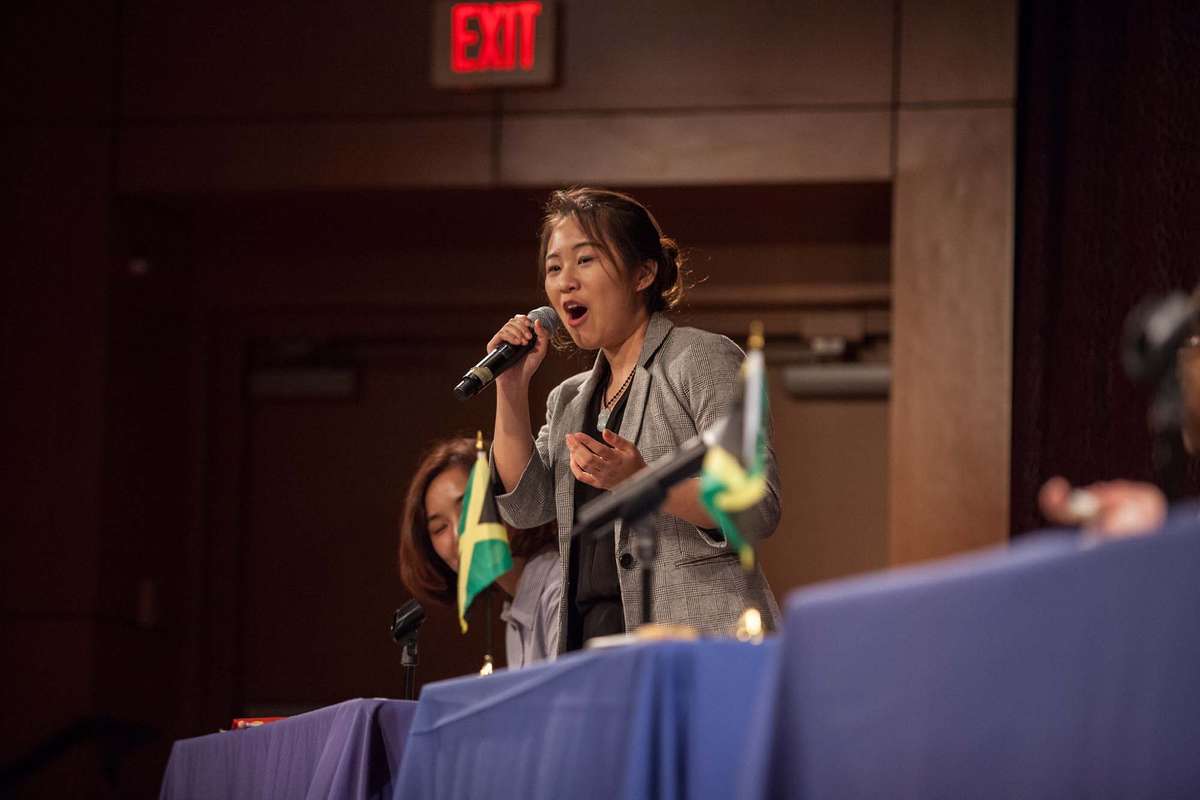 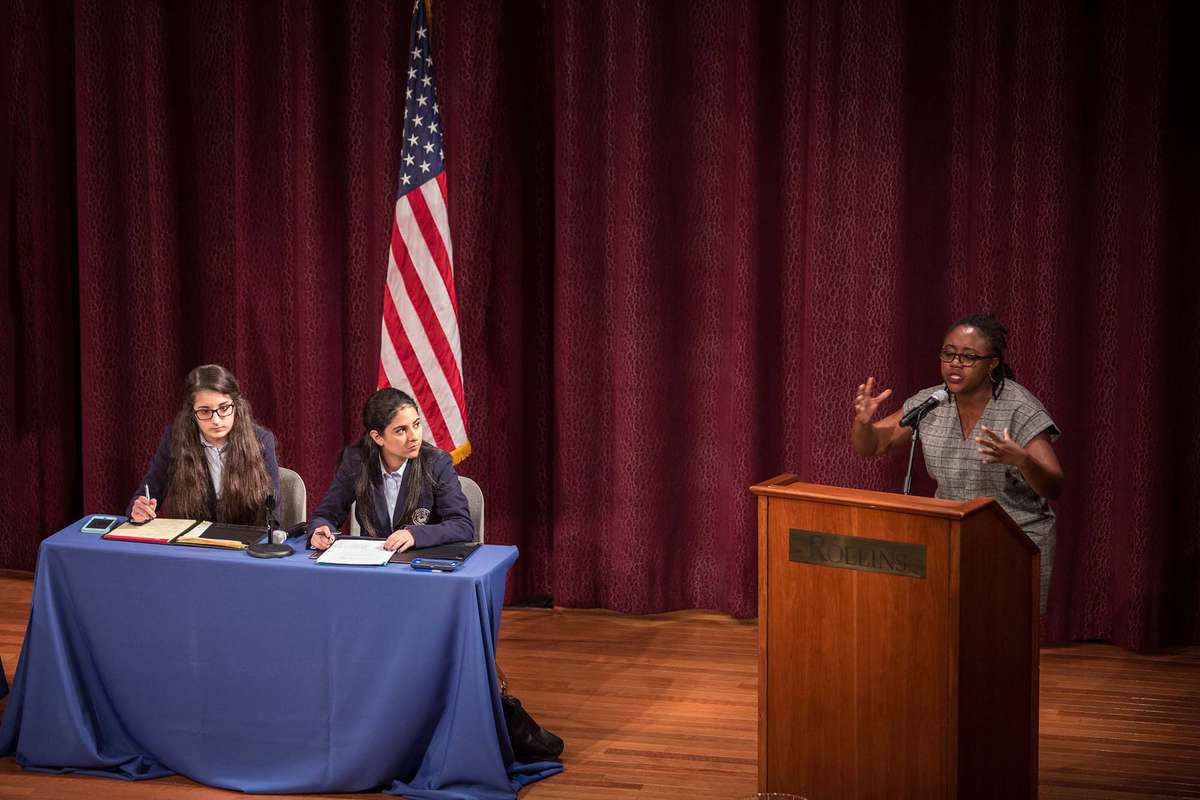 Because of how emotional, personal, and real this issue is in our society and on college campuses specifically, my debate partner, Sunny Toreihi, and I knew that while we were very passionate about the topic, we also needed to be patient and respectful. We weren’t arguing over what the status quo was, and we weren’t saying that what has been done hasn’t been effective. Rather we emphasized the need for more, for legal support around these social movements because typically these kinds of crusades alone reach only those who already agree with you.

And as it turned out, the judges—a mix of Rollins professors and area high-school debate coaches—agreed with us. It was a unanimous decision, a 9-to-0 win, and that felt great, but what felt even better was the time we got to spend with the Jamaican and Chinese teams while they were here for the week: going out to dinner, attending classes, debating at high schools around Orlando together.

Hearing their perspectives on everything from environmental rights to Donald Trump to gun control was so valuable and eye-opening, giving us firsthand insight into cultural shifts and differences. This experience really made me realize now more than ever the importance of being a global citizen and leading by example.

Just like international debaters have the chance to come to Rollins to debate on American soil, our students put their skills to the test on the global stage too. Learn more about joining the Rollins Debate Team and where you could be off to next.