What It’s Like … to be an International Student from Ukraine

By Mariia Shvydkina ’23 as told to Stephanie Rizzo ’09 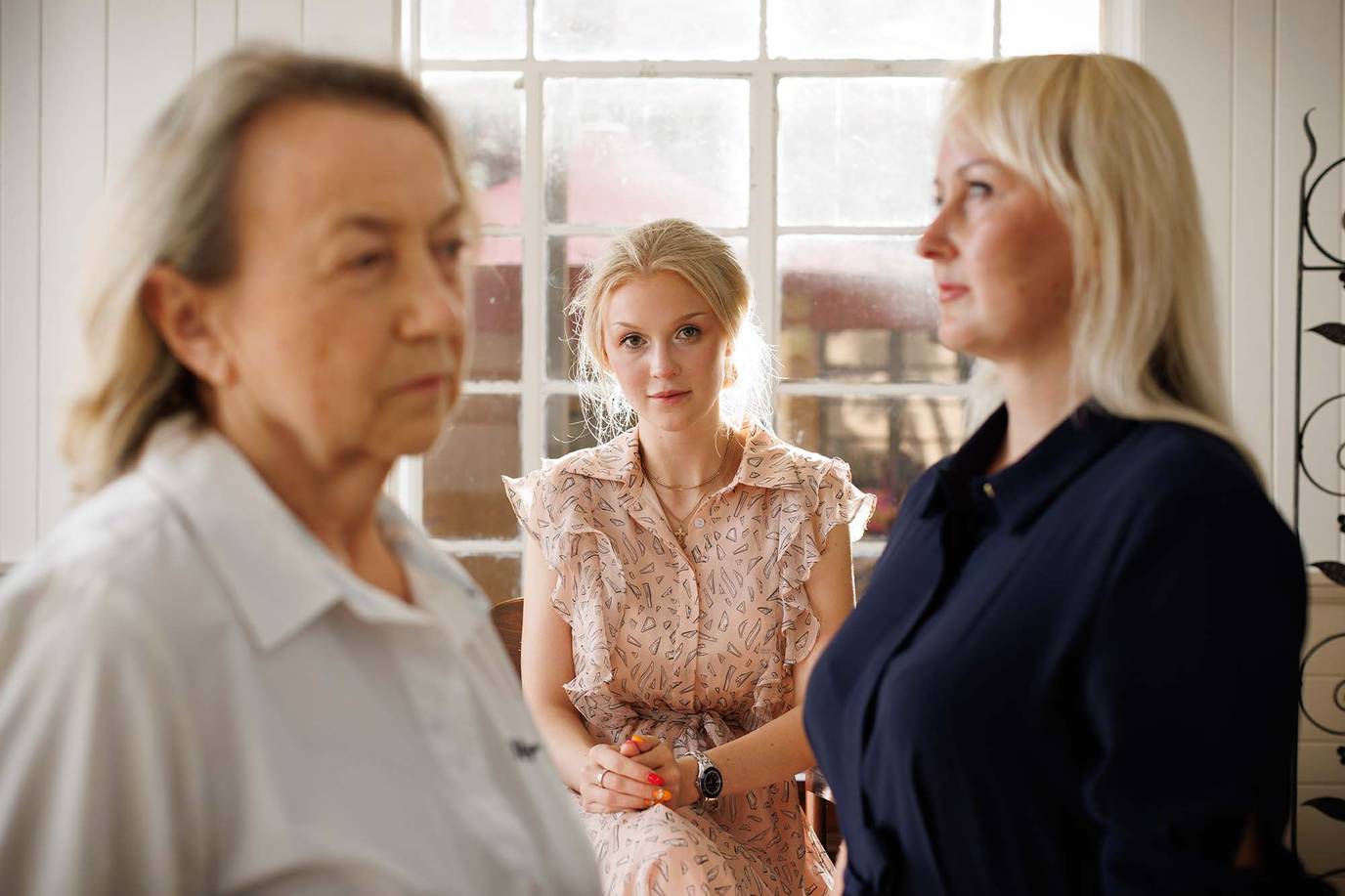 Attending college halfway around the world is never easy, but for Mariia Shvydkina ’23, Rollins has been a safe haven in a time of uncertainty.

At a glance, international business major Mariia Shvydkina ’23 is like any other Rollins student. She’s passionate about fitness, her dogs, and her work, and she’s excited to start an internship this summer with StoneX, an international financial service network. But one thing sets her apart: She’s from Kharkiv, Ukraine. For the last four months, she’s watched in horror as Russian forces have invaded her homeland. Despite facing unbelievable challenges, Shvydkina has thrived at Rollins. She shares her journey up to this point, what it was like to spot the first signs of geopolitical unrest while in class, and how she helped her family escape a war zone.

Growing up in Ukraine, my childhood was more than normal—it was idyllic. I spent most of it busy with extracurriculars like painting, music, and ballroom-dancing lessons. But all that changed in 2014 when Russian-backed separatists seized government buildings in Donbas, near my hometown of Kharkiv, sparking a conflict between Russian rebels and the Ukrainian military that lasted more than a year. In order to protect me, my family decided to send me abroad to boarding school in England. I was just 13 at the time, and because it was a sudden decision, I didn’t have time to learn anything about English culture. I found myself far from home in a place where I didn’t speak the language, isolated from everyone I knew.

Because of the language barrier, I had to work twice as hard to learn English and keep up with my studies. But by the end of my first year, I was caught up. This motivated me to work even harder, and soon I was fully immersed in my adopted country. As I neared graduation, I knew I wanted to continue my education in an English-speaking country, and though I’d never been to the U.S., I decided to tour a few colleges in the States to consider my options.

I originally enrolled at the University of Central Florida, but after a year, I realized that it wasn’t the right fit for me. I talked to a lot of people who spoke highly of Rollins. I was drawn to the small class sizes and personalized attention that Rollins was able to offer, so I made the decision to transfer. I’m so glad I did.

In Ukraine, my family is in real estate development. My original plan was to study international relations and go to law school, but after taking a few business classes, I developed a passion for the subject and decided to major in international business, with a plan to carry on the family trade.

In January 2022, I was taking International Financial Management with business professor Richard Lewin. We talked about a lot of current events, particularly in relation to global market trends, and we were discussing the Russian gas trade. At the time, the European Union obtained nearly half of its gas from Russia, much of it via the Nord Stream 2 pipeline, an $11 billion energy project designed to double the flow of gas between Russia and Germany. The project was completed in September 2021, but by November, Germany had temporarily halted the pipeline’s operation as Russia was assembling troops along the Ukrainian border. At the same time, the Russian ruble was fluctuating in the global markets. Those were the first indications I had that Russia and Ukraine were heading toward another conflict.

By early February, I was urging my mother and grandmother to leave. I could see the big picture because of the things we were studying in class, and I knew that war was inevitable. On the ground in Ukraine, everything felt normal. There was no sense of urgency. Still, I urged my mother to collect important documents and to pack up our family photos, our dogs, and my grandmother and flee to western Ukraine, where it was safer. Finally, on February 23, she relented. Her plan was to leave Kharkiv in the morning.

Ukraine is about seven hours ahead of us, and I got a text from my mom around 10 p.m. Eastern time. I remember thinking it was early for her to be texting me. ‘I can hear explosions,’ she said.

So much happened from then on. I turned on the news and saw that Russia had launched a full-on invasion of Ukraine with coordinated missile attacks in cities along the eastern border. I immediately tried to call my mom, but she was in crisis mode, packing whatever she could and trying to get our dogs and my grandmother into the car. When I was finally able to speak with her, she was waiting in line for gas. The lines were huge as everyone attempted to flee the city. They waited four hours, and during that time Ukrainian tanks started to roll by on their way to defend the border. They could hear the sound of explosions growing louder and louder. Finally, the fighting was too close. My mother and grandmother had to turn back.

That night, I watched in disbelief as CNN showed footage from the street where I grew up. Buildings were destroyed, lives torn apart. More than half the city was razed to the ground. My family sheltered in the basement as best they could. I was able to help reach a family friend who worked at the local zoo, and they were able to get our dogs out of the city. At one point, a rocket landed in the garden and blew out all of the windows in our house.

It took 53 days for my family to safely evacuate Kharkiv and another week to reach the border, where they could safely cross over into Poland. From there, they flew to Orlando. The relief I felt when they arrived is indescribable. We got lucky. Many people did not.

The Ukrainian people are resilient. Of the people who fled in the early days of the war, more than half a million residents of Kharkiv have returned to the city with a promise to rebuild. Still, Russian forces remain just outside the city. If they’re able to gain a foothold and occupy Kharkiv, I may never be able to return home.

For now, my mom and my grandmother are here on a visitor’s visa, meaning they can stay in the U.S. for half a year. After that, we’ll need to find another solution. We’re all living in my two-bedroom apartment—dogs and all. I am grateful that my family is safe, but that doesn’t make any of this easy.

The compassion I’ve received from the Rollins community has been truly remarkable—from the kindness of President Grant Cornwell and Peg Cornwell to the support from my professors in the business department—Emmanuel Kodzi, Richard Lewin, and Marc Sardy—who all rallied to provide mentorship and guidance during some of my darkest days. And I received extra support from Jewish studies professor David Kay and Jenifer Ruby in the Office of International Student & Scholar Services. Each of these people have gone to astonishing lengths to make sure I was on track for academic success and have provided resources to ensure my well-being.

I’ve learned so much in my classes at Rollins and hope to carry the experience with me as I apply for jobs leading up to graduation. But none of that changes the fact that I hope to eventually return to Ukraine. It’s a special place. It’s full of culture and industry, and it carries a rich history. A few months ago, my family had a good life. A normal life. Now, I don’t know if anything will ever be normal again.

For every Ukrainian who flees, there are millions of ordinary people who are still in peril. I decided to share my story as a reminder that the war is ongoing and that the ultimate toll it is taking on my country is a human one.