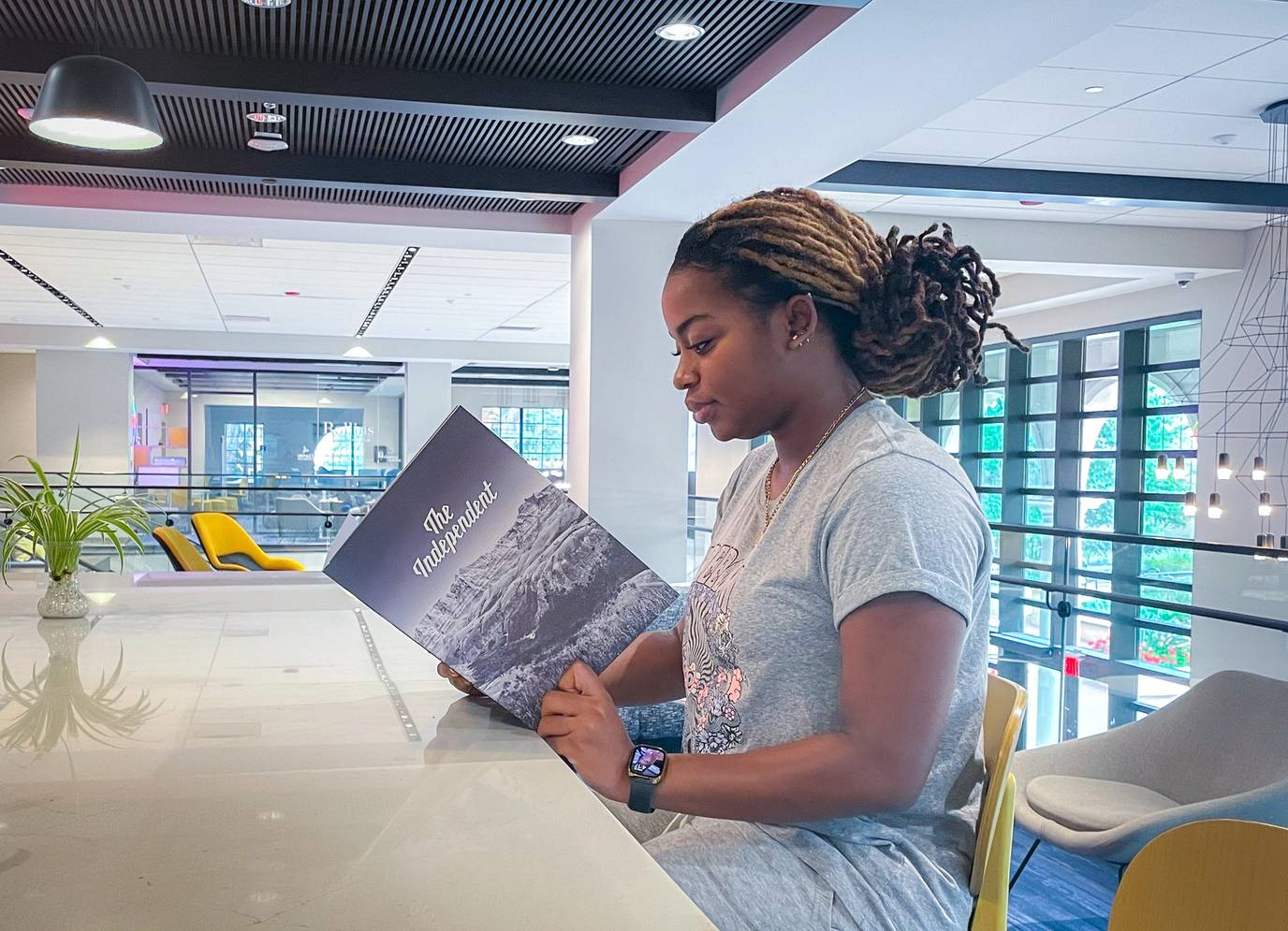 Rollins’ student magazine received special recognition in the verbal and visual categories of a critique overseen by industry professionals.

Student-run magazine The Independent has received high honors from the Columbia Scholastic Press Association (CSPA). The magazine, which showcases intersectional art, poetry, and essays from the Rollins community, achieved the highest score of All-Columbian honors in the verbal and visual categories as well as a gold medal for overall excellence.

Founded in 2014, The Independent serves as a forum for students, faculty, and members of the local community to share their research, artwork, travel experiences, political opinions, and more. According to the publishers, the magazine “...strive[s] to publish articulate, audacious journalistic pieces that will both educate our readers and motivate them to form their own independent world views.”

CSPA is an international student press association seeking to unite student journalists and faculty advisors at universities and colleges nationwide. Members have the opportunity to submit publications for critique through the organization’s Medalist Critique program, where a panel of experienced judges review each submission against a set of standards and offer feedback based on the publication’s strengths and weaknesses. Submissions are given scores up to 1,000 and must achieve a score of at least 800 to be included in the gold medal category.

“This award recognizes The Independent’s outstanding adherence to CSPA’s standards,” says editor-in-chief and English major Taylor Ingrassia ’23. “These standards include the quality of literature and art, visually appealing layout and design, and more technical requirements considered necessary for professional publications, such as adherence to copyright laws, citations, and the inclusion of relevant policy statements.”

The magazine was judged on its fall 2020 issue, which was helmed by former editors-in-chief Emily O’Malley ’21 and Caitlyn Patel ’21. Ingrassia and her co-editor Francisco Wang Yu ’22 hope that the recognition received from CSPA heralds a bright future for The Independent, which is a relatively new addition to student media at Rollins.

“The Independent is not as well established as other campus publications, particularly The Sandspur and Brushing—the latter just celebrated its 50th anniversary,” says Ingrassia. “However, I think that makes our accomplishment even more impressive. It means the magazine is finally receiving the recognition it deserves. I’m so proud to be a part of this team.”

The latest issue of The Independent is out now, available online and in select locations around campus.