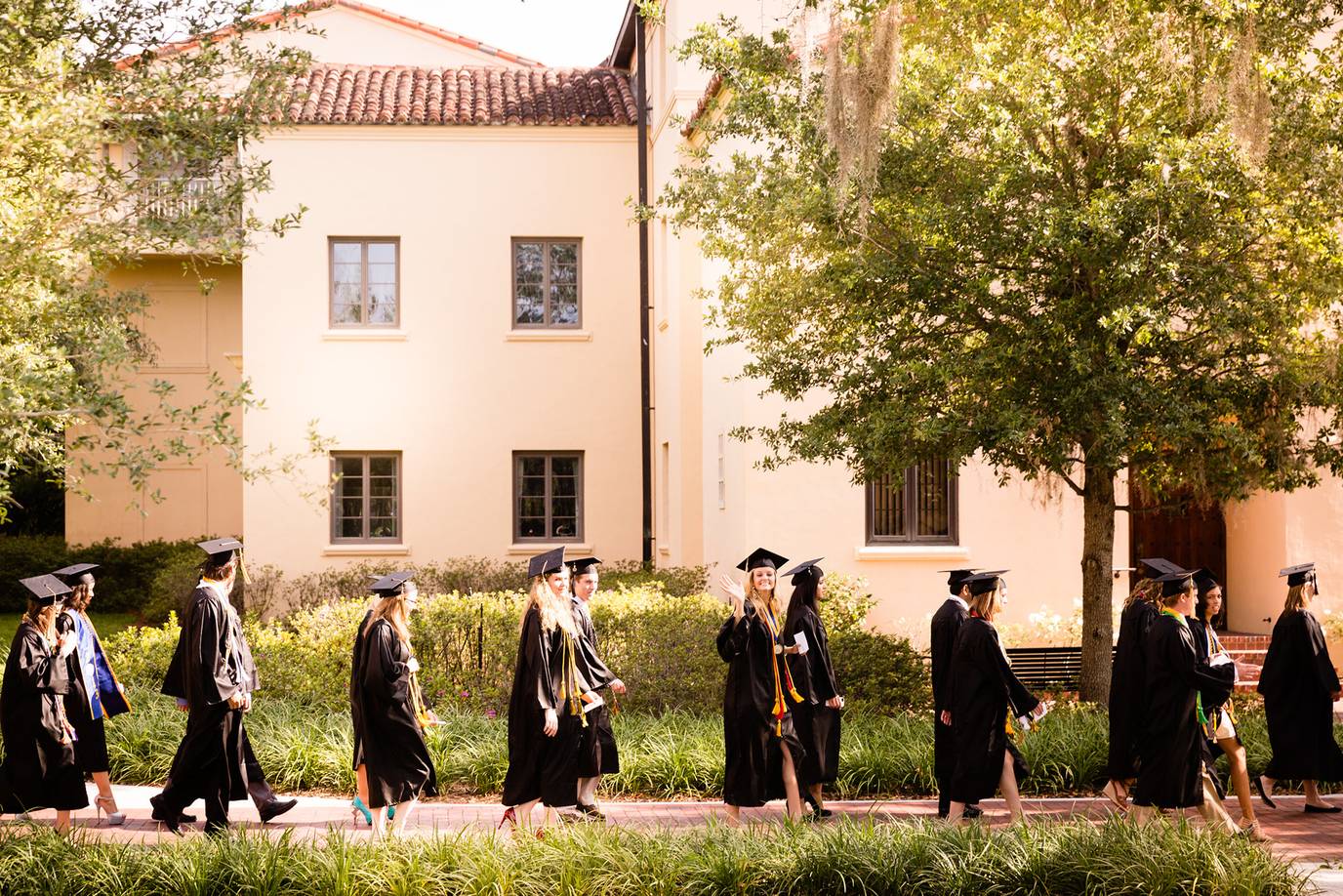 Rollins’ focus on global citizenship, study abroad, and responsible leadership has once again earned the College a spot in the top producers of Fulbright Students.

Rollins has once again been named a top producer of Fulbright Students by the U.S. Department of State’s Bureau of Educational and Cultural Affairs. This marks the 10th time that the College has achieved this notable distinction.

For more than three-quarters of a century, the Fulbright Program, which was created under the Truman administration in the wake of World War II, has stood as the U.S. government’s flagship educational exchange program, with more than 400,000 participants who have served in 160 countries across the globe. Top-producing institutions are named annually in The Chronicle of Higher Education.

Rollins received its first Fulbright in 1951—just five years after the program’s inception. Since then, the College has produced nearly 100 Fulbright Students, with 60 of those named since 2006. That number is a testament to Rollins’ emphasis on global citizenship as a tenet of its signature brand of liberal arts education.

“That Rollins is again recognized as one of the nation’s top producers of Fulbright Students demonstrates our commitment to one of the pillars of our mission—to educate students for global citizenship,” says Rollins President Grant Cornwell. “This is a promise we make to our students, and this recognition is evidence of a promise kept.”

Four recent Rollins graduates were selected to receive 2021-22 Fulbright Scholarships out of thousands of applicants. Madison Fritz ’21, Frances Turk ’20, Katie Pearce ’19, and Ginevra Czech ’14 ’16MBA were all chosen to carry on Rollins’ legacy in the program. Education majors Fritz and Turk are teaching English in Uruguay and Senegal, respectively. Pearce, an English major who minored in creative writing, is pursuing a master’s degree in creative writing at the University of Glasgow while Czech, an environmental studies and Spanish double major and dual MBA grad, is taking the opportunity to teach English in Argentina.

“Recruiting and advising students for the Fulbright application process was the most challenging ever because of the pandemic,” says Jayashree Shivamoggi, former director of external and competitive scholarship advising. “Empathetic advising under these difficult circumstances called for creative and innovative modifications to the usual way things are done. Our students rose to the occasion, and all our applicants turned in the best possible application they could have. Even the students who were not lucky enough to be awarded the scholarship are still going on to do incredible things thanks to the experience they gained during the application process.”