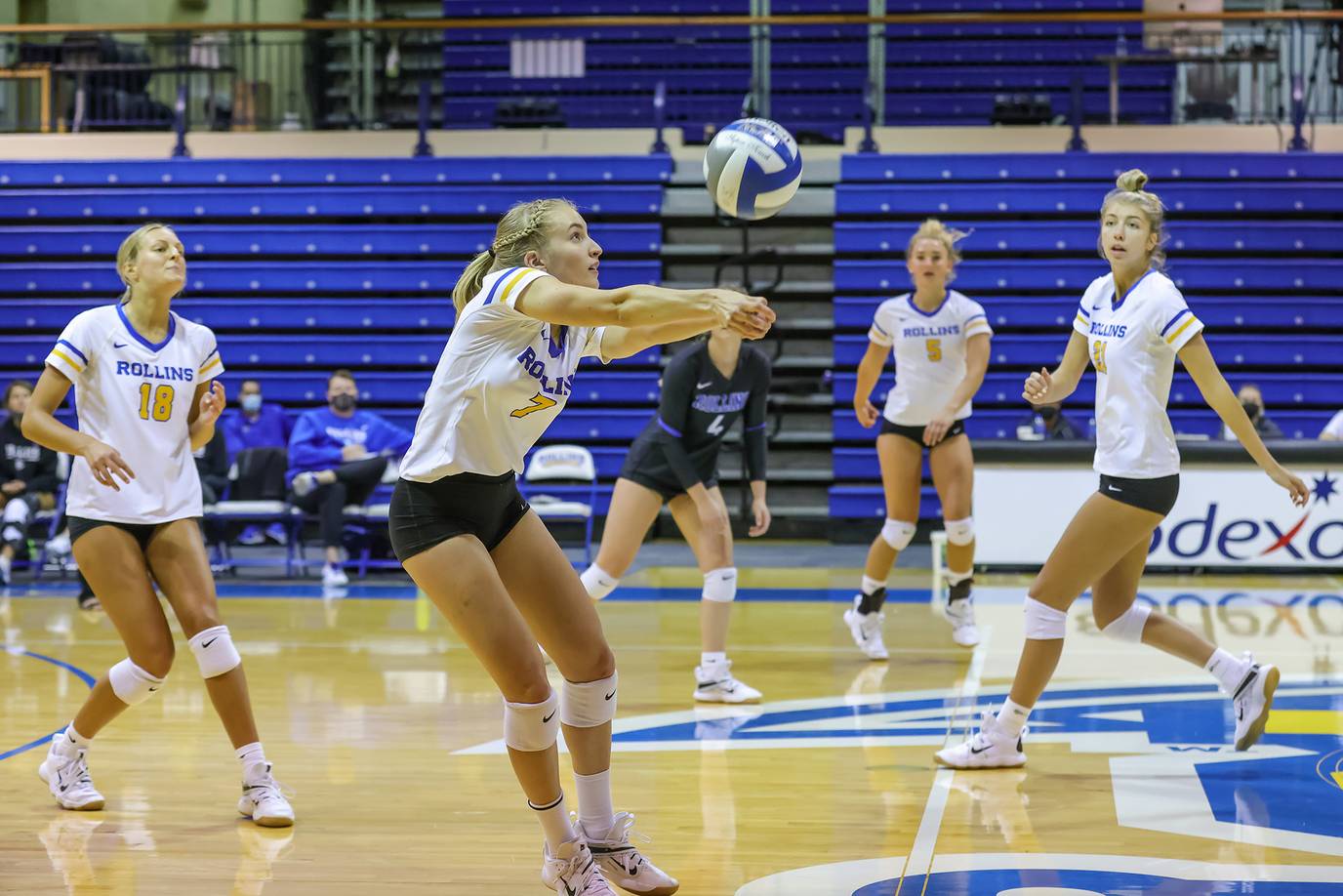 Student-athlete Jessika Linnemeyer ’22 has earned the prestigious NCAA Postgraduate Scholarship and will use her award toward a doctorate in physical therapy.

Volleyball star and biology major Jessika Linnemeyer ’22 is one of only 42 awardees this spring to earn the highly coveted NCAA Postgraduate Scholarship. The award, announced in March, offers $10,000 toward postgraduate education for student-athletes who’ve achieved both academic and athletic excellence while displaying leadership qualities and a commitment to service.

Linnemeyer plans to enroll in June in a doctorate in physical therapy program at University of Colorado Anschutz Medical Campus, her first choice.

“Being a student-athlete at Rollins has not only allowed me to fulfill my childhood dreams of becoming a collegiate athlete but has also pushed me beyond my perceived limitations,” says Linnemeyer, whose goal is to open a physical therapy clinic tailored to underserved populations.

The native of Castle Rock, Colorado, fine-tuned that aspiration while at Rollins. Linnemeyer shadowed scores of professionals in medicine, occupational therapy, pharmacy, and physical therapy, even at the height of the COVID-19 pandemic when she witnessed a physical therapy patient with a spinal cord injury walk again for the first time.

“It made me realize I can really change people’s lives through this,” she says.

Linnemeyer advocates for the power of physical therapy to enhance the quality of life for people with special challenges, including those with neurological issues as well as postpartum mothers.

“As a competitive collegiate athlete and a science enthusiast, utilizing movement to heal the body immediately fascinated me,” she says. “While my interest in physical therapy was initially sparked by the intersection of exercise and science, my interest in the field has now grown into a passion and a commitment as I’ve gained a deeper understanding of what it means to be a physical therapist.”

“My coaches and professors have been both my biggest fans and my biggest challengers,” she says. “My coaches cared about me as a person and would support me when things were hard. At the same time, they would push me in practice and games every single day because they believed in my potential to improve. One of the biggest reasons I chose Rollins was because the professors would know me by name, and it goes beyond that. They know my family; I’ve met their children. At a bigger school, I would’ve been a number.”

Voted co-captain of the volleyball team during the fall 2021 season, Linnemeyer has been recognized four times on the Sunshine State Conference Commissioner’s Honor Roll. She was also a letter winner every year at Rollins and made the College’s President’s List each semester. In her second and fourth years, Linnemeyer received the NCAA II Athletic Director’s Association Academic Achievement Award.

“Being a student-athlete forced me to make time for things other than my academics and taught me that you will make time for the things that are important to you, no matter what it takes,” says Linnemeyer, who also represented the volleyball team on the Rollins Leadership Council and the Student-Athlete Advisory Committee, where she served as vice president of operations.

Past Rollins recipients of the NCAA Postgraduate Scholarship include student-athletes Megan Welliver ’19 and Julian Grundler ’18.