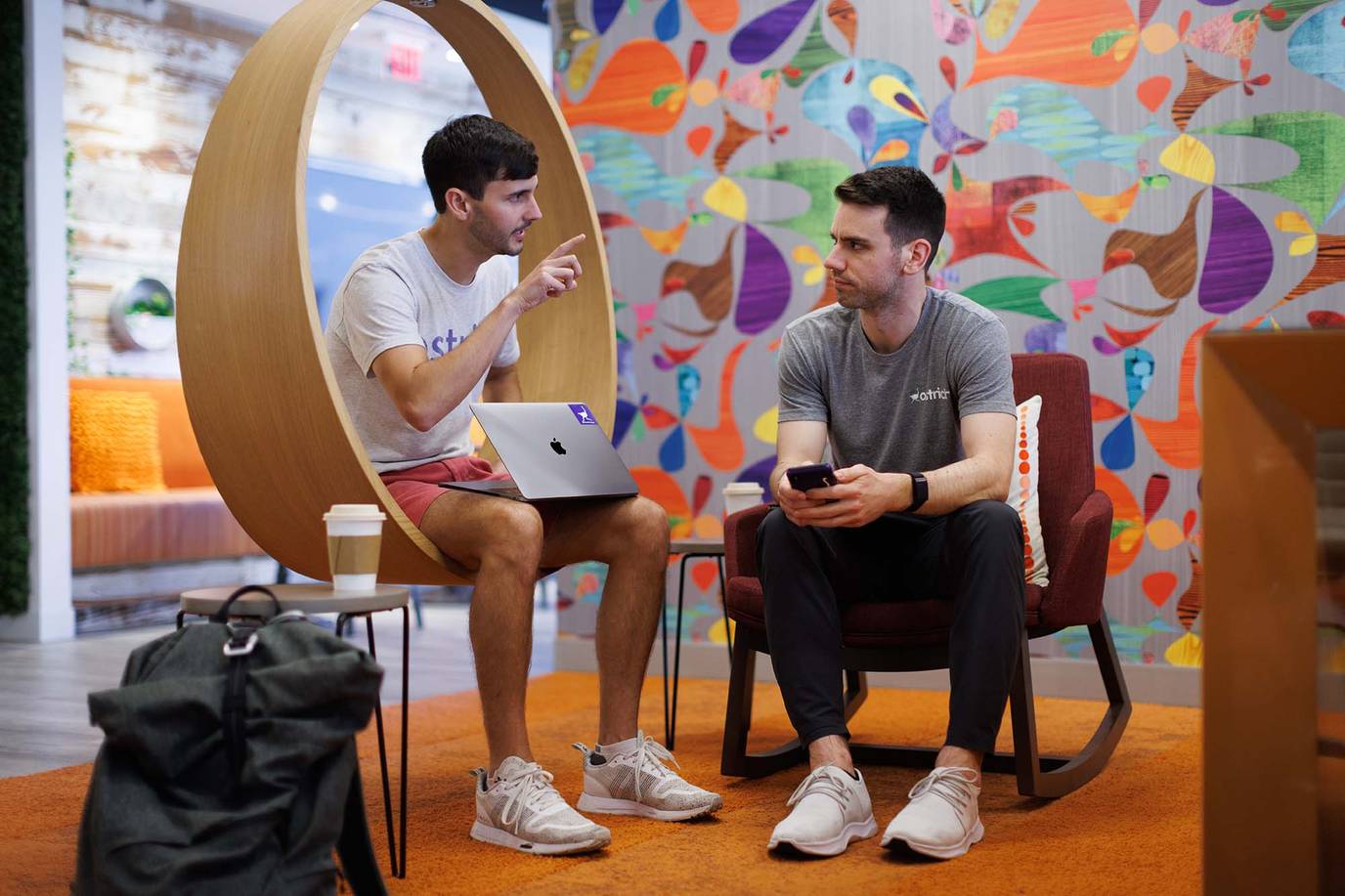 For William Glass ’14 and Andrew Holliday ’13, what began as the need to develop good money habits has turned into a passion for helping others eliminate financial stress.

Even before starting college, William Glass ’14 knew that a traditional career working for the same company for the rest of his life wasn’t for him.

Having grown up in a creative family—his mom was an actress, his grandfather a comedian, and his grandmother a big-band singer—the international relations major wanted to find a different way to make a living while avoiding the financial stress his family experienced.

“I knew I wanted to do something that was more entrepreneurial where I controlled my own destiny—I just didn’t know what that looked like,” says Glass. “My senior year, Rollins came out with a minor in social entrepreneurship. I took a couple of classes, and that’s where the idea of starting my own business began to take shape.”

That idea would eventually become Ostrich, a financial literacy app he co-founded with fellow classmate Andrew Holliday ’13 that leverages community and gamification in order to help users develop healthy money habits and reach personal finance goals. In March, the duo won Crummer Graduate School of Business’ annual Venture Plan Competition, earning $50,000 in cash prize money, a total package of in-kind services valued at well over $100,000, and the opportunity to qualify for $25,000 in a convertible note on successful completion and due diligence. The app is now available for Android and Apple devices, and they credit so much of their success to the experiences they had at Rollins and people they’ve met who have supported them not only as students but also well past graduation.

“It’s almost 10 years since we graduated from Rollins, and people continue to be willing to open up their Rolodexes and connect us with the right people,” says Holliday. “They’re still giving us the latitude to be able to test things, listening to us as we bounce ideas around, and rooting for us to succeed. That's been incredibly helpful for us.”

The origin for Ostrich came to Glass while he was living in Thailand as a Fulbright Scholar and living on a stipend of only $500 per year.

“I wasn’t really making any money but was still able to save because I was living in rural Thailand,” he says.

Glass couldn’t shake the idea, even as he was working in corporate America and making considerably more money. He would talk about the need for more robust financial literacy education with anyone who would listen, including Holliday, an international business major and fellow soccer player at Rollins.

Holliday—who worked in the finance industry in New York City—had the opposite experience of Glass when it came to money.

“Even though I worked in finance, I wasn’t paying attention to my own finances,” he admits. “I was very easily able to spend all of the money that I was making without really thinking about it.”

Over time, Glass’ passion for better money habits began to rub off.

“Will had a blog at the time called Financial Glass that got me to pay more attention to my finances and saving for retirement,” says Holliday. “That’s when I realized how big the need is. It’s not only for people who are making less money or are less fortunate. It’s a problem everyone experiences, even if you’re not struggling with money.”

Together, the two started Ostrich in May 2019 and credit their Rollins education for the opportunities that helped pave the way.

A Foundation in Entrepreneurial Thinking

Both attribute their entrepreneurial spirit to the interdisciplinary coursework, experiential learning opportunities, and encouragement they received at Rollins.

Glass learned how to digest a broad range of subjects as part of his interdisciplinary major, “which bodes well for an entrepreneur, where you essentially have to learn everything as a founder and be responsible for every area of your business,” he says. And he gained the confidence and skills necessary to manage a business while leading service-based Immersion experiences.

“I learned how to budget, put together an experience, and recruit people to come on the trip,” says Glass. “I also learned how to work with organizations when you’re in a different location and get people where they need to be on time.”

For Holliday, having to present every week in his courses helped him become comfortable with presenting and public speaking, which are necessary skills for networking and pitching Ostrich to investors.

Holliday also credits soccer coach Keith Buckley ’88 and athletics director Pennie Parker with helping make his first foray into entrepreneurship successful. While working during his breaks for a U.K.-based company called Capture the Event, which produces photo montages for sports teams, Holliday had the realization that many collegiate athletes in America might be interested in the service as well. He pitched the idea to Buckley and Parker, who encouraged him to pursue it on campus.

“I had so much to figure out on my own, but they were there for me every step of the way,” says Holliday, “and it was such a great education for me early on.” 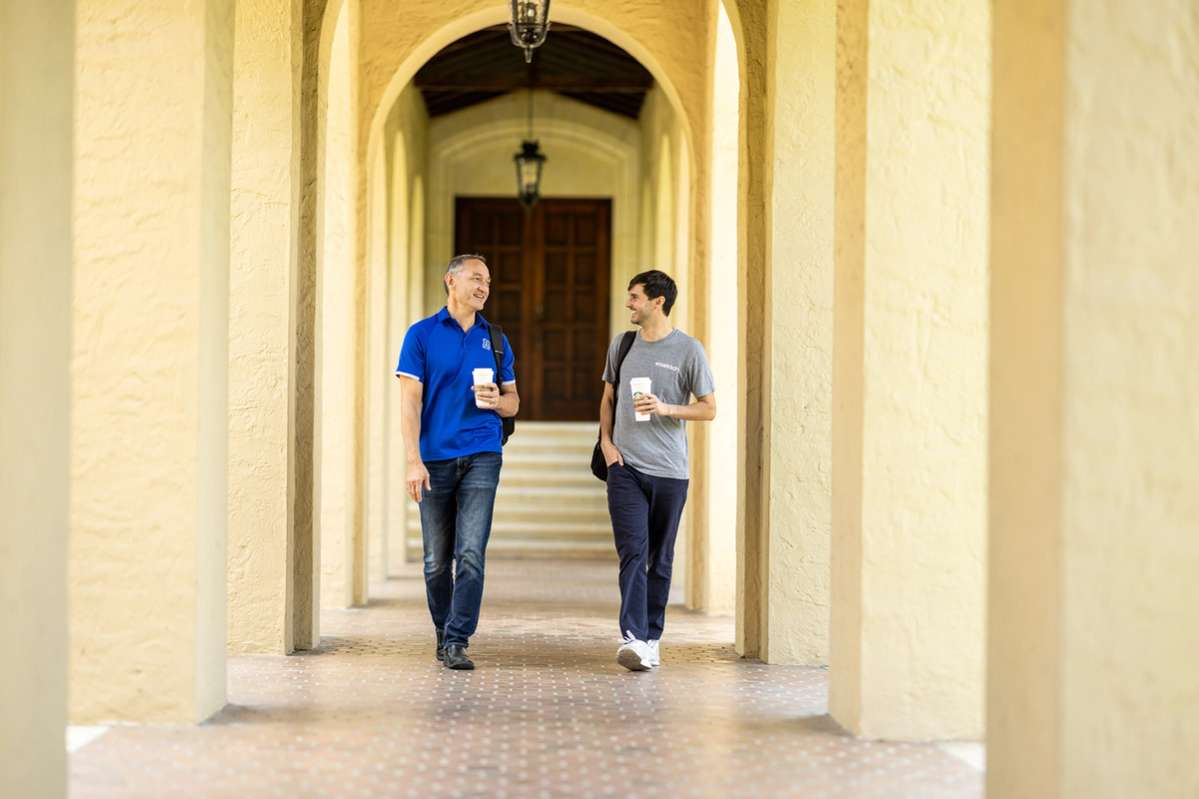 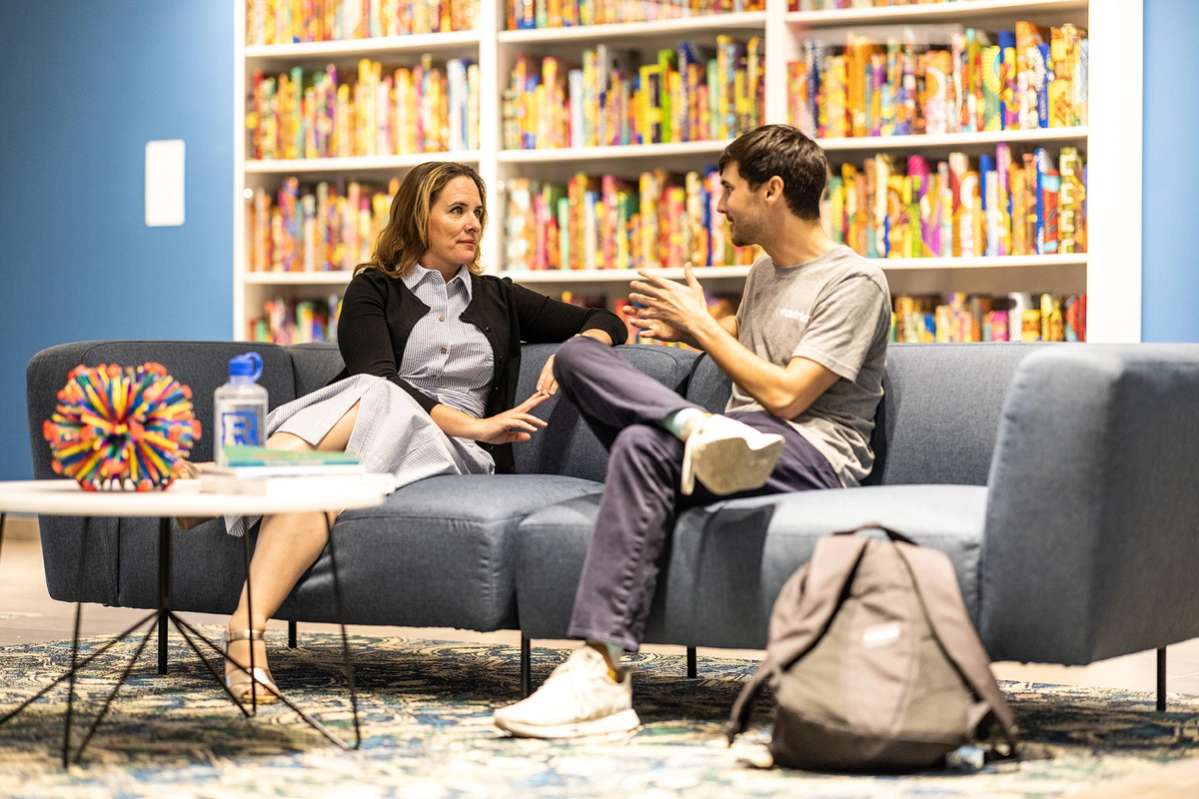 A Network of Support

In addition to the supporters and mentors Glass and Holliday had at Rollins, they continue to find a robust network of people at Rollins passionate about helping them succeed.

“We’ve continued to lean on a lot of people from Rollins as we’ve built Ostrich and ideated over the years,” says Glass.

Fellow X-Clubber and now Rollins business professor Raghabendra KC ’13 invited Glass and Holliday to pitch the idea to his class and get feedback from current students (and let Glass stay at his house while he prepared for the competition). William Moore ’99, who co-founded Doorstep Delivery before selling it for $330 million, taught them about creating a viable business model. Even President Grant Cornwell recently met with them about developing a program for all first-year students.

“We were also completely overwhelmed with the support we received during the Venture Plan Competition—from Mike Kazazis, Dean Deborah Crown, and Pete McAlindon,” says Glass. “They’ve all gone above and beyond in helping us and introducing us to different partners on the finance side. We’re so grateful for them and for Dr. William Grimm, who took time to essentially rip apart our pitch the day before the competition, which was so necessary.”

In April, Glass and Holliday wrapped up two pilot programs for Financial Literacy Month—one with a school district in Austin, Texas, and Fox Up Your Finances at Rollins. More than 250 students participated in the 30-day financial literacy challenge focused on getting them to think about their spending habits.

“We asked participants to focus on one area of spending they felt they spent too much on or just wanted to cut back on,” says Glass. “Not surprisingly, most people were focused on how much they spent eating out or ordering stuff on Amazon.”

The results are promising. For the program at Rollins, 57 percent of participants were active every week throughout the month. Students joined an additional 79 challenges and reduced spending in categories ranging from online shopping to groceries and food delivery.

The feedback from both pilot programs will help Glass and Holliday improve the user experience, zero in on product market fit, and, combined with their recent first-place win in the Venture Plan Competition, will help them raise more funding. Their goal is to hire more people and to make sure they’re developing the tools that people find most useful using data and feedback.

“We are ready for more significant capital to be infused, and we can take that and really make a significant amount of progress in the next three, six, nine months,” says Holliday. “That gets us to a much larger user base and hopefully a much larger network of colleges and other businesses that are customers as well.”

That includes partnering with Fairwinds Credit Union to provide easier ways for students to build their credit score while still in college without having to take out a credit card or giant loan.

“We want to make sure that when students graduate, they’re in a position where they can qualify for an apartment without a parent having to co-sign with them or having to rely on family members to sign up for a phone plan or cable or even a car,” says Holliday. “All of these things require a credit score, which takes time to build.”

And thanks to the international focus they gained at Rollins from their classes, Immersion trips, study abroad programs, and their own global experiences, their vision for Ostrich extends well beyond Winter Park and New York.