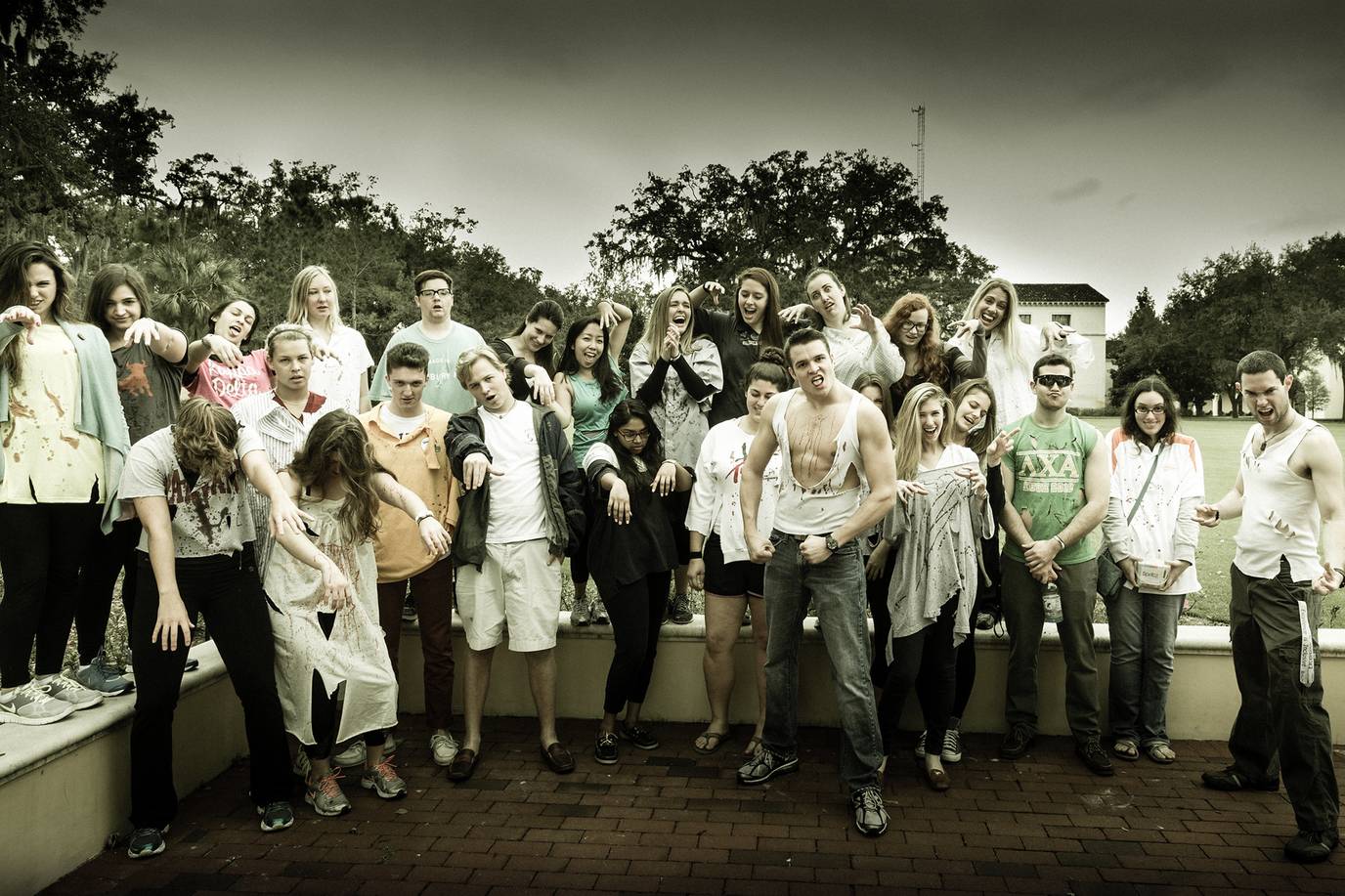 Getting inside the mind of a murderer isn’t for everyone. But for those who enjoy exploring the macabre, this philosophy class doesn’t disappoint.

Sorry, slasher fans, but Jason and Freddy aren’t in the syllabus for Zombies, Serial Killers, and Madmen. Real-life killers, however, are every bit as fascinating.

From Ted Bundy to Aileen Wuornos, Hitler to the Boston Strangler, this highly popular philosophy class is dissecting some of history’s most disturbing characters.

Are all zombies, serial killers, and madmen crazy or suffering from psychosis?

As a philosopher and ethicist, Smaw encourages students to use logic and critical thinking as they answer complex moral questions: Is rationality a necessary condition for responsibility? What role does philosophy play in ethical decision-making and our practices of imposing punishment? Are all zombies, serial killers, and madmen crazy or suffering from psychosis?

“The word ‘crazy’ is used a lot of times in a non-medical sense, where it can mean ‘good’ or ‘different’—like in the ’60s we used ‘far out,’” Smaw says. “Probably what people mean is that it’s inconceivable someone could do something like murder in cold blood. In this class, we realize that just because someone did something that’s inconceivable, it doesn’t mean they’re insane. We also address the idea that serial killers don’t have emotions. In fact, it’s often people with heightened senses of emotions who engage in serial killing.”

On Monday, September 28, the class discussed zombies who kill. As Smaw explains, there’s a big difference between Hollywood zombies and real-life neurological zombies—people who slip into an augmented state of consciousness just above what society considers sleepwalking.

These zombies sometimes do terrible things without realizing their actions. For instance, Kenneth Park, a man with severe insomnia, drove 14 miles in the middle of the night, killed his mother-in-law, then drove to a nearby police station to confess his crime.

A jury—and later the Supreme Court of Canada—acquitted him of murder. In addition to having no motive for the killing, a battery of tests showed Park had abnormal brain activity that pointed to sleepwalking as the likely explanation for his behavior.

“There have been so many moments when the subject matter blew my mind and made my stomach turn,” says communication studies major Ariana O’Keefe ’18. “I find myself on the edge of my seat, cringing at such shocking stories, and yet so roped in by the twisted and phenomenal discoveries of the human mind.”

Sure, Halloween is just around the corner. But Smaw doesn’t have any tricks up his sleeve. “Am I going to come in dressed as Hannibal Lecter?” he asks. “No. The students are usually weirded out enough by the course as it is.”

Smaw is using his research for Zombies, Serial Killers, and Madmen as the content for a book he hopes to publish in the next two years.

Go behind the scenes of dozens of Rollins’ most innovative courses.