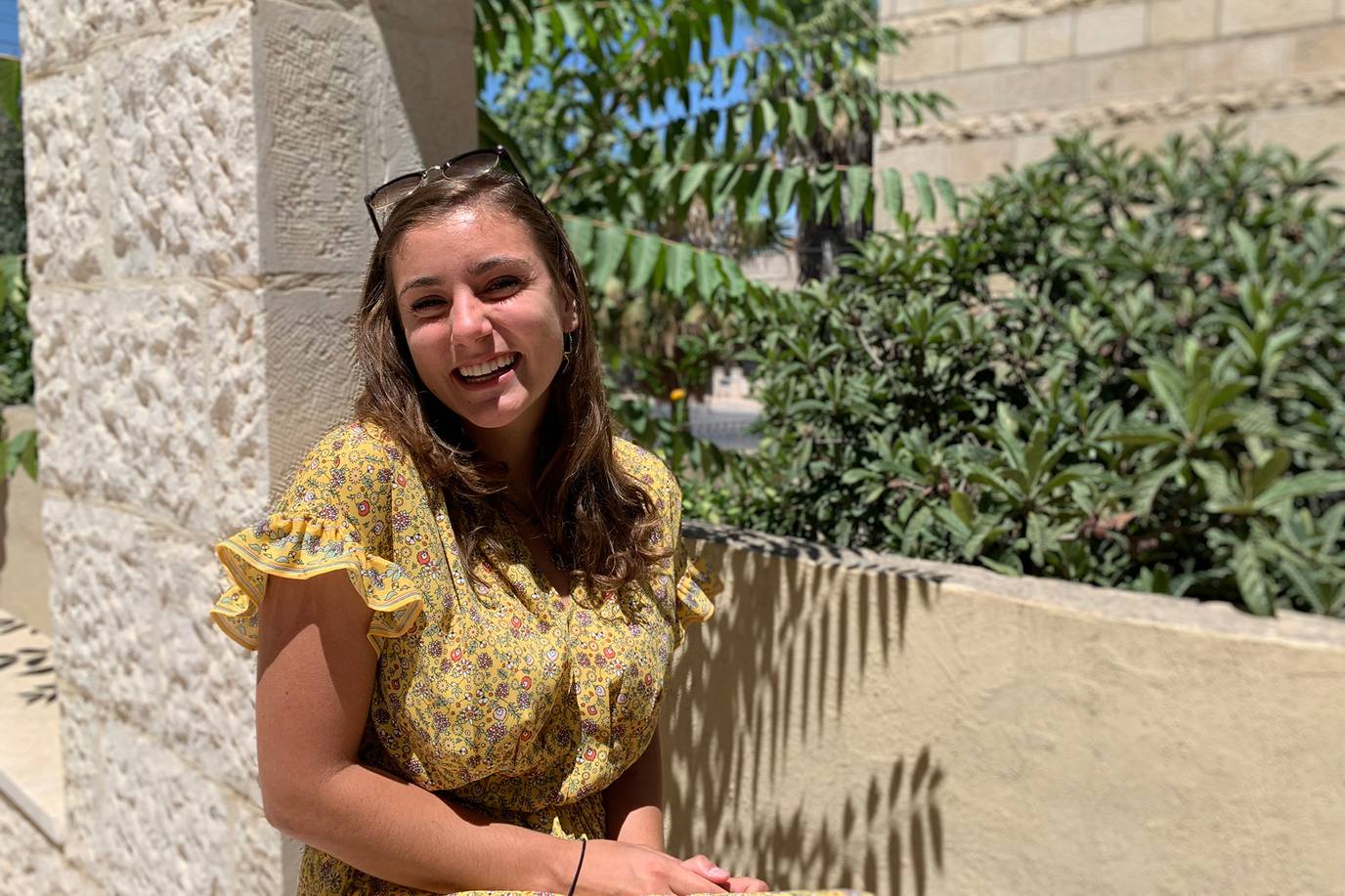 Jacqueline Bengtson ’22 will pursue passions for cross-cultural exchange, education, and foreign languages in India and Nepal.

Jacqueline Bengtson ’22 has the uncommon honor of being selected for two highly esteemed study abroad programs. Not only did she receive a Fulbright Scholarship to teach English in Nepal, but she has also earned a Critical Language Scholarship to study Urdu in India. An insatiable lover of language, the double major in anthropology and religious studies already speaks Arabic, Sanskrit, and Nepali.

“Sometimes I can’t fathom that my literal dreams are coming true—that I’ve received both of these prestigious scholarships,” she says.

After graduating from Rollins, she’ll head to Lucknow, India, where she’ll engage in 20 weekly hours of Urdu language study as well as immersive cultural excursions. The host institution is the American Institute of Indian Studies (AIIS), a consortium of 71 American universities with centers for South Asia studies.

A program of the U.S. Department of State, the Critical Language Scholarship provides language and cultural immersion for American college students and graduates. Its goal is to educate more Americans for fluency in languages with strategic importance to national security and prosperity.

Alexa Macias ’24 and Hailey Terrel ’23 were alternates for the highly competitive Critical Language Scholarship in Mandarin.

After her studies in India, Bengtson will spend time fine-tuning her language skills before commencing the Fulbright in March of next year in Kathmandu, Nepal. Her goal as a teaching assistant for 10 months in the nation nicknamed “The Land of Truth” is to introduce students to world history and religions and foster excitement for global understanding in the classroom.

“When you work and study abroad, you see how the world is a kaleidoscope of traditions and beliefs and ways of understanding and ways of knowing and that we should always be inspired to suspend how we know the world to learn from someone else,” says Bengtson. “And in that way we really come together in common humanity.”

Launched after World War II to foster intercultural peace and mutual understanding, the U.S. Fulbright Program is the nation’s flagship international educational exchange program. It has had more than 400,000 participants, including U.S. presidents and Nobel Prize laureates.

Rollins is consistently recognized as a top producer of Fulbright students, and the majority of its more than 100 Fulbright honorees were named in the past two decades.

Following India and Nepal, Bengtson plans to pursue a master’s in Middle East and South Asian studies and linguistics. She dreams of working as a cross-cultural educator, leading students in study-abroad or gap-year programs. Continuing to work in service of nonprofit groups and becoming a professor are also in her longer-term career sights.

Bengston describes becoming an activist for religious justice through her majors in anthropology and religious studies and with the support and guidance of Rev. Katrina Jenkins, Rollins’ director of religious and spiritual life. She is passionate about interfaith dialogue among religious communities, particularly between Hinduism and Islam, as well as understanding the languages of those faith traditions. At Rollins, she founded the Meditation Club and served as the vice president of the Muslim Student Union.

Bengtson credits her time in Rollins’ Bonner Leaders Program, which pairs service-oriented students with local nonprofits, for giving her firsthand insight into what it really takes to make a difference in the greater community. She also points to her study abroad and internship experiences—studying Arabic in Jordan and working with refugees in the Netherlands—as essential preparation for not only the prestigious scholarships she has won, but also for her development as a global citizen.

“I’ve really grown as an agent for change, recognizing the ways in which everything I do impacts everything around me,” she says.

Bengston praises the mentors she’s had at Rollins for helping her connect the dots between her interests and for helping her chart her own course to success—from fellowships advisors Jay Shivamoggi and Danielle Abdon to anthropology professors Ashley Kistler and Hannah Carlan to Bailey Clark ’11 in the Center for Leadership & Community Engagement.

“My mentors continue to support me and help me navigate who I am,” she says. “Rollins is so special because I’ve been able to build such close relationships with faculty members, and that is really unprecedented in other universities. I genuinely feel their care, love, support, and genuine interest in my future.”